Relive the past and relish the present in the Bernese Oberland

A winter double bill for every ski fan. For the last 60 years, Adelboden has been proud to host a round of the AUDI FIS Ski World Cup, attracting more than 40,000 exuberant ski fans each year, and transforming this normally peaceful resort into a one-weekend hive of activity and excitement. The 2018 event takes place on 6-7 January. A week later the World Cup circus moves into Wengen, and all eyes will be on the Lauberhorn, the longest race in the world cup calendar and one of the most demanding courses in the world – all set against the most beautiful mountain backdrop of the Eiger, Mönch and Jungfrau. With more than 80 years of tradition behind it, Wengen is one of the highlights of Alpine ski racing. 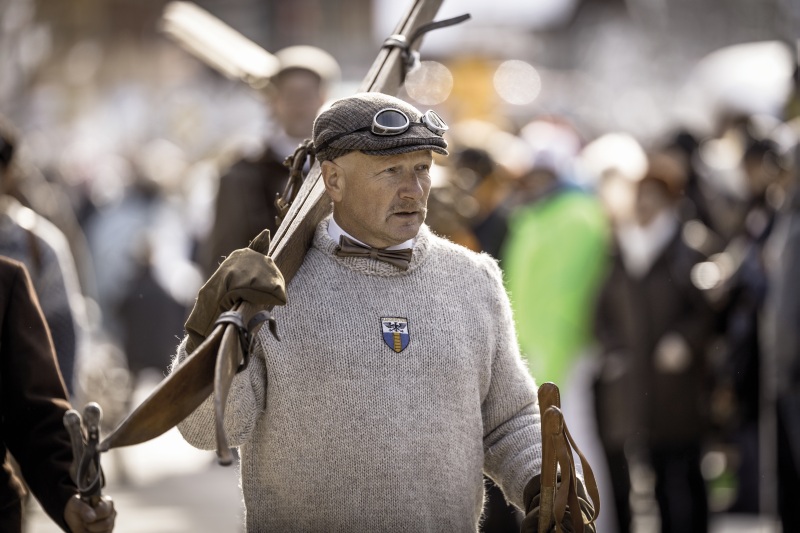 Every year, during the last week of January, Kandersteg goes back in time to recreate the look and feel of the turn of the 19th century when European culture and society flourished on an unprecedented scale. Tourism was enjoying a heyday and the first international visitors arrived in Switzerland. And it’s not just a token effort – the whole village, including visitors, gets in on the act by dressing in the fashions of the Belle Epoque (beautiful period). So that means top hat and tails for the gents and long skirts and extravagant hats for the ladies. Nostalgic bobsleigh races take place in historic sleds, telemark skiers risk life and limb on old wooden skis, and the celebrations culminate in a grand Belle Epoque Ball. 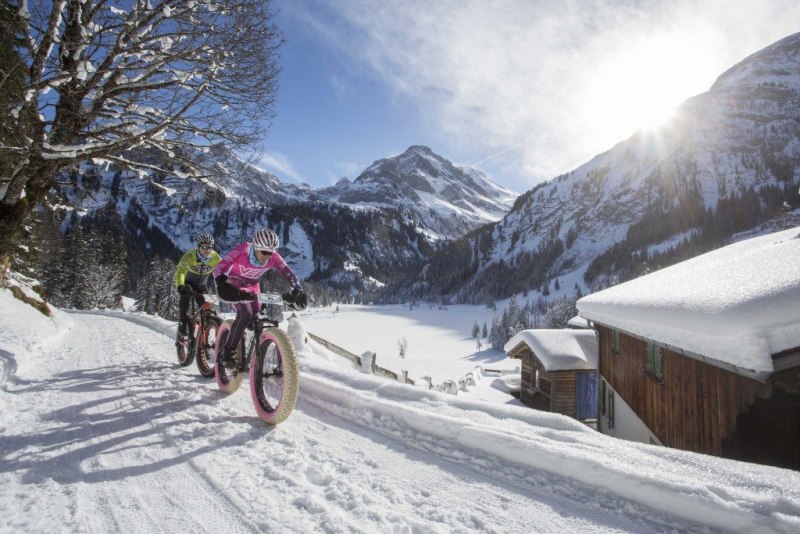 The third staging of this exciting 4-day mountain bike race takes place on the snow-covered trails and slopes in Gstaad from 18-21 January 2018. Riders from across the globe will converge on this famous town, and for the pros and aspiring amateurs alike it’s a chance to compete in one of the world’s most scenic mountain biking environments.

Save the date: 7 April 2018 and prepare to experience the rock and pop festival Snowpenair in the magnificent setting of Kleine Scheidegg at 2,061m. The 2017 festival featured Gölä, The Baseballs and Andreas Gabalier and the 2018 line-up of top international and Swiss acts is due to be announced. The SnowpenAir guarantees a fantastic atmosphere as well as an utterly unique and stunning mountain arena at the foot of the Eiger, Mönch and Jungfrau. This festival is definitely unforgettable.

Here’s one for culture lovers and foodies alike. The Zibelemärit (Onion Market) is a traditional folk festival held on the fourth Monday of every November, which this year is the 27th. Farmers from the surrounding area flood into the city from 5am, bringing in over 5 tons of onions – artistically woven into braids – along with garlic. Colourful market stalls offer ceramic pots, vegetables, traditional market goodies and mementos. And the Glühwein stand will dry anyone’s tears!