Catalonia: The Pride of Catalan Culture

Catalans wear their culture on their sleeve, celebrating their rich heritage in their customs and architecture. So, a visit to a ski resort in the Catalan Pyrenees can be about so much more than just skiing!

Not only are the magnificent surroundings of the Pyrenees free from the crowds found in many ski resorts, but many of the towns and villages conserve the thousand-year-old culture and traditions of the region.

Nowhere is this remarkable cultural heritage better typified than in the Vall de Boí (Boí valley) which is the setting for a remarkable group of nine 12th-century Romanesque churches, now listed as a UNESCO World Heritage Site.

The Vall de Boí Romanesque ensemble is exceptional for its concentration of so many churches in such a small area, and for the unity and authenticity of their architectural style, which has undergone few modifications over the centuries. 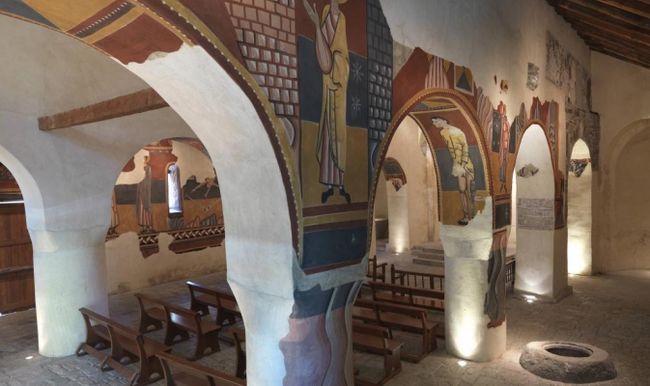 Another Catalan tradition that can be enjoyed by Christmas visitors are the Fia-Faia, part of a wider range of fire festivals held in 63 villages (34 French, 17 Catalan, 9 Aragonese and 3 Andorran) in celebration of the summer and winter solstices. These are now listed as a UNESCO Masterpiece of the Oral and Intangible Heritage of Humanity.

They involve carrying lit torches from the mountain tops down to the village squares, behind a leader called the “fadrí major” or “cap de colla”. When the flames arrive in the village, the bells begin to toll and the torch carriers are welcomed with traditional music and dancing.

Most of these are held in summer but in the Catalan Pyrenees, two take place in winter - the Fia-faia – a Christmas tradition observed in the towns of Bagà and Sant Julià de Cerdanyola, where villagers burn ‘faies’, torches made of a type of high-stemmed grass. This festival takes place on Christmas Eve, specifically, during the evening of 24 December and is celebrated simultaneously in the two towns kicking off the holiday season. 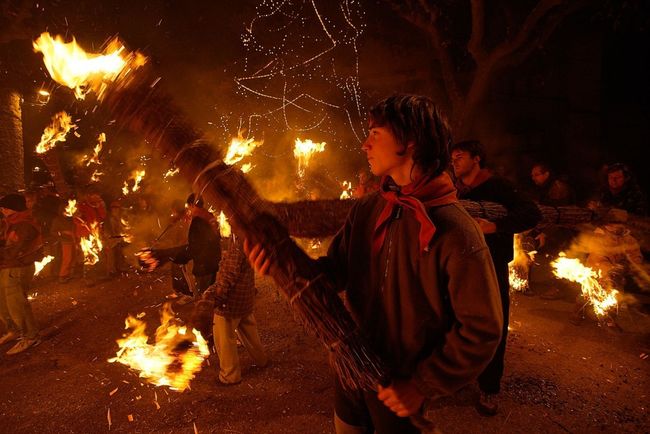 The pharmacy of Llívia, documented since 1594, is thought to be the oldest in Europe. In the early 17th century, it was taken over by the Esteva family, who ran it for seven generations until the last pharmacist closed it down in 1926. It’s now a museum, devoted to the history of the town, which is especially fascinating, being an enclave completely surrounded by French territory.

The only Romanesque cathedral left in Catalonia, the Cathedral of Santa Maria in La Seu d’Urgell is actually the fourth place of worship built on the same site, over the original Visigoth cathedral, a 9th-century replacement, and the Cathedral of Saint Ermengol. The architectural austerity (except for some sculptural flourishes in the cloisters and on the west façade) of this cathedral, make it the pinnacle of Romanesque style.

Land of Counts and Abbots

A land of great monasteries and legendary characters, is known as the ‘cradle of Catalonia’, a place where history has left a deep imprint. And the Land of Counts and Abbots is a touring route tracing the region’s cultural heritage.

The monastery in Ripoll, founded in the 9th century, was the scene of major historical events, which you can find out about, at the Interpretation Centre opened to the public in 2013. In Sant Joan de les Abadesses, the monastery and the Abbot’s Palace form one of the main sites of Catalan Romanesque architecture. And you can learn all about the scenarios and legends of Count Arnau at Mataplana Castle and the Myth of Count Arnau Interpretation Centre.

In Besalú, considered one of the best-preserved medieval historic/artistic sites in Catalonia, there is a Jewish Bathhouse (mikveh), one of only four of its kind remaining in Europe. The mikveh is housed in a barrel-vaulted underground room built from carved stone in the Romanesque style. The bath was filled with naturally flowing spring water, and was used to purify the soul through complete immersion of the body. The bathhouse is located on the site of the former synagogue of Besalú, now listed as a Cultural Asset of National Interest.

Just under a two-hour drive from Port del Comte in the town of Lleida, the Solsona Carnival takes place from 28 February to 6 March 2019. It’s a nine-day festival with over 40 events catering for all ages and tastes, ranging from a popular feast with pork dishes in pride of place to a children’s fancy dress competition with over 300 participants.