Whether you are looking for longer stays or day trips from Barcelona, The Catalan Pyrenees offer ten alpine resorts to choose from with a combined total of 700km of runs. Truly, Catalonia can please all of the skiers all of the time.

Excellent all-round resort with Spain’s largest skiable area. Situated in the Val d’Aran (Aran valley) and surrounded by 3,000m peaks, its Atlantic climate provides guaranteed snowfall throughout the winter. The freeride terrain is extensive and challenging and intermediates will love the abundance of long cruising runs. The medieval towns and mountain villages of the Val d’Aran are renowned for their architectural integrity. The stone, slate and wood buildings, with their Romanesque churches are particularly outstanding. 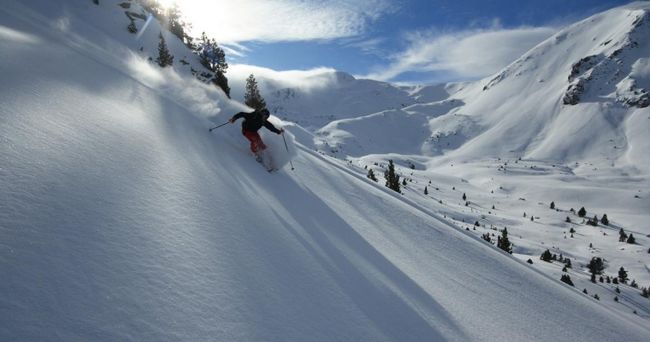 Best for: Experts (but also good for beginners)

Boí Taüll Resort is the highest ski haven in the Pyrenees, with its base at 2,020m and its summit in the Puig Falcó (2,751 m). Of its 43 almost universally uncrowded and exclusively north-facing runs, 20 are red and 14 black, making it a great spot for more advanced skiers. Situated in the Vall de Boí (Boí valley), it offers incredible panoramic mountain views. It is also acclaimed for its Romanesque ensemble of eight churches and a chapel listed by UNESCO as a World Heritage Site in 2000. 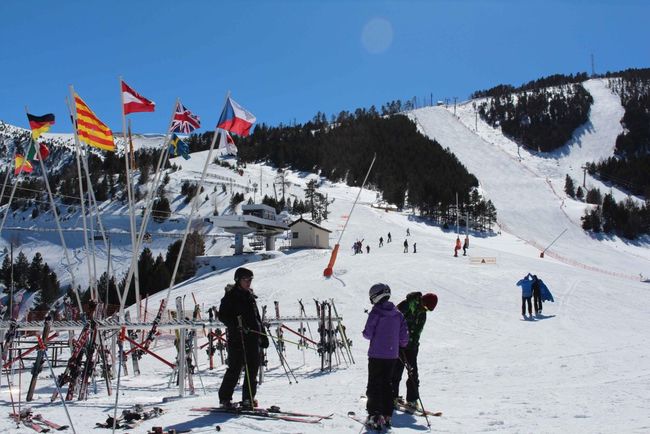 Best for: Beginners and early intermediates. And Telemarkers!

At Espot Esquí – an easy bus ride from Lleida - the majority of slopes run through the trees, situated next to the National Park of Aigüestortes i Estany de Sant Maurici. The resort has a large beginners’ area at 2,000m and a snow garden for kids, while the handful of red and black runs are concentrated in a wooded bowl, further up. In addition, its sports facilities are outstanding (it supports three ski schools) and it has been the venue for the Telemark World Cups.

La Molina installed its first commercial ski lift in 1943, making it the oldest resort in Spain. It offers superb services and activities for all ages – both on and off the slopes – including the famous Pista Llarga sled run. Its 66 slopes are almost entirely split between green, blue and red, and it has a large snowpark and the biggest superpipe in the Pyrenees. It is lift-linked with Masella to form the Alp 2500 ski area, and has organised major events such as downhill skiing and snowboarding World Cups. 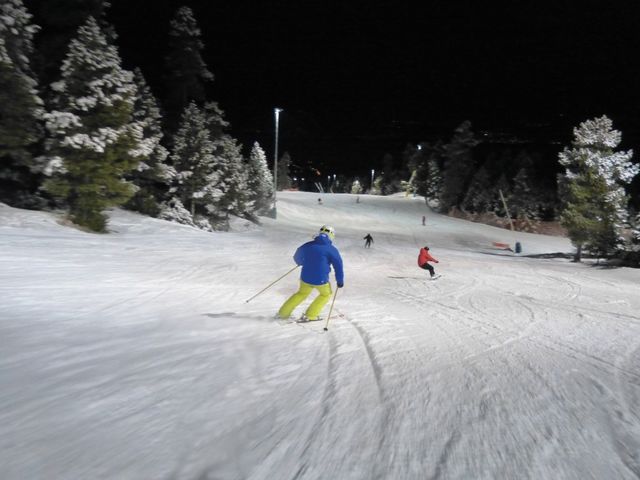 The other half of the Alp 2500 ski area, this resort is linked to La Molina by the Alp 2500 Gondola. Situated in the sunny Cerdanya valley, Masella is known for its dense forests, which cover the entire flank of the 2,535m Tosa d’Alp peak. This and the north-facing slopes ensure the snow remains in good shape. Masella also has the greatest height difference in the Eastern Pyrenees, with an uninterrupted descent of 935m from the summit of La Tosa to the Pla de Masella (1,600m). Since 2013 it has also had 13 floodlit slopes for night skiing. 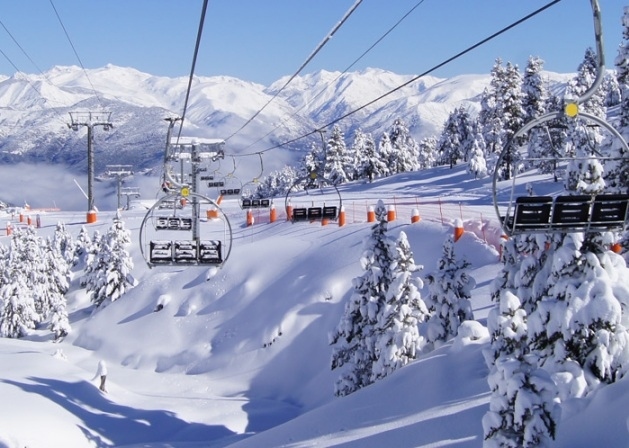 This comparatively young resort, inaugurated in 1986, lies in an extraordinarily beautiful enclave, close to the Alt Pirineu Natural Park. It is known for its spectacular mountain scenery, and is also home to the highest hotel in the Pyrenees, the 3-star Port Ainé 2000. Most of its runs face north, and the resort is renowned for its pioneering snowpark and for its super quality powder from December to April. For many skiers, Port Ainé's snow ranks as some of the best in the Pyrenees. 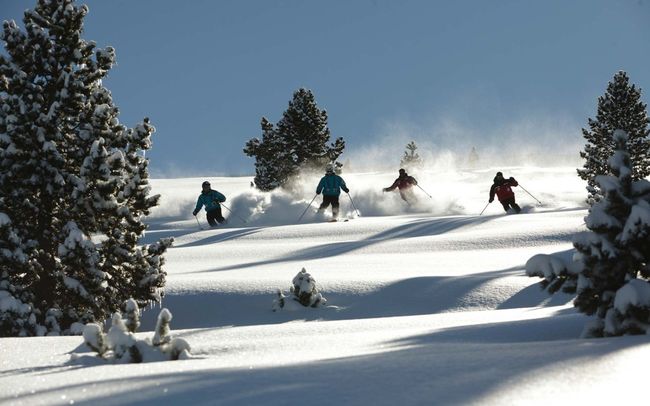 Best for: All abilities

Just an hour from Barcelona airport, in one of the loveliest areas of the Catalan Pyrenees foothills and surrounded by a great black pine forest that covers the entire mountain, you will find a resort where the entire family will feel at home, with wide pistes and slopes for every level of ability. There are some lovely descents through trees and some good long runs to keep confident intermediates buzzing. It is the closest resort to Barcelona, and so ideal for day trippers, yet good for skiers keen to avoid crowds.

This small resort combining downhill and Nordic skiing facilities provides high-mountain enjoyment in its purest state. It is located 10 km from the village of Tavascan, in an unspoilt, tranquil landscape of great natural beauty. Suitable for downhill, ski-touring and cross-country skiers and snowboarders, whether novices or demanding experts, this offers an experience far removed from the skiing mainstream. 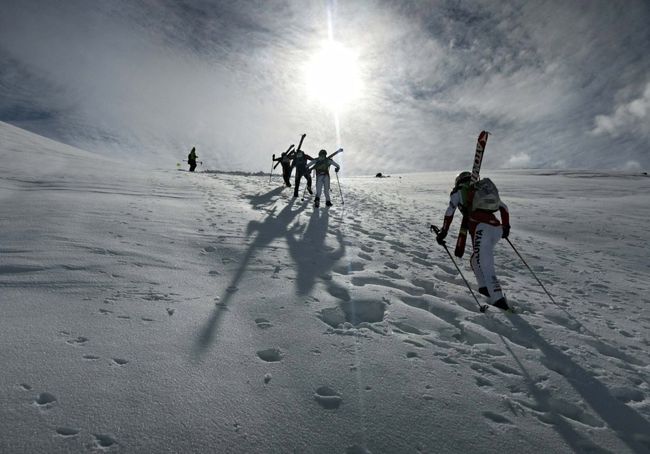 Núria breathes nature and tradition. Surrounded by 3,000-metre peaks, this ski resort has at its base the imposing Vall de Núria (Núria valley) shrine. It is particularly peaceful, and accessible only by a cog railway that departs from Ribes de Freser. This has made it one of the most distinctive tourist destinations in Catalonia. Just 11 runs are served by a handful of lifts, but guests can also try the guided ski mountaineering on the Vall de Núria-Ulldeter trek, or give ice-diving a go. 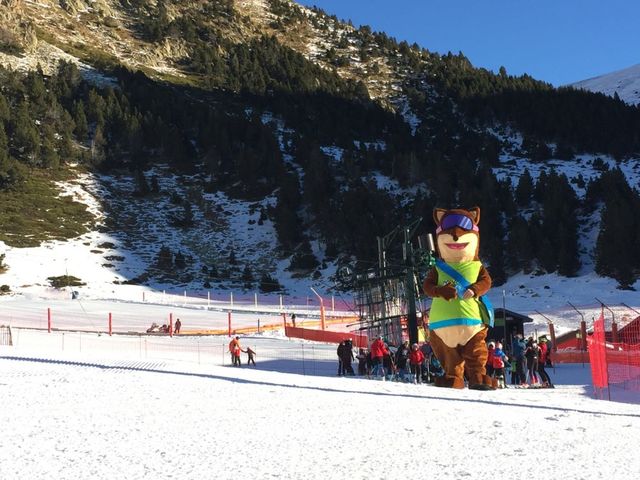 Two hours from Barcelona and Girona, Vallter 2000, is a panoramic lookout over the Mediterranean region. From the 2,535m level you can see the Roses Bay and the Cap de Creus headland in the Costa Brava. This is an especially welcoming family resort which features an interesting pairing of ascent and descent called Up & Down, with visitors encouraged to enjoy a range of mountain sports from downhill skiing, freeride and ski mountaineering to snowshoeing, snow-camps, sledding, cross-country and tubing. The 13 downhill pistes includes descents for all abilities.