The skis in the piste category eschew off-piste capability in favour of pure performance and response on groomed slopes. Our team of BASI instructors, ski journalists and even an Olympic skier have put over 100 pairs of skis through their paces to bring you our pick of the 7 best for the 2016-17 season.

BEST FOR Advanced skiers looking to carve up the groomers in style.

The 6.9 W Ti is a women’s ski very much focused towards piste performance and is the narrowest in
the collection at 69mm under foot.

For expert skiers, it packs a punch if you’re into short, snappy and lively slalom style turns, bordering on the feel of a race ski. But our team enjoyed them when opened up to higher speeds too – with marks for edge hold out-stripping many other skis here.

You’d want to be a technically competent skier to really get the most of them though, they are not built for recreational skiers cruising around.

Despite this, they are forgiving enough to handle slower turns – but they really only deliver their best when you know what you’re doing.

VERDICT - 4.5 OVERALL
This ski will suit experts who want to produce technical turns all day without the hard work of a race ski.

BEST FOR The frontside, on-piste for recreational to advanced skiers.

Although made for shorter radius, slalom style turns, the GTs aren’t afraid to open up and stretch out across wide open pistes, although at higher speeds they do get a little jittery. Edge hold is excellent and as they are fairly easy turning, especially during that split second initiation phase, they would suit a skier looking to improve their carving and step up a level.

Except for moguls, they don’t enjoy any kind of exploration away from their groomed slope comfort zone but what we really liked about this ski is how it could suit a variety of ability levels. Buy them when you’re just learning to carve and as you improve, they will stick with you, right up to when you reach advanced level.

BEST FOR Women skiers who like to carve in all conditions on-piste.

We rarely find a Völkl ski that we don’t like, and the Flair SC is no exception – it’s a powerful on-piste ski with fantastic edge grip that also allows for elegance and style on groomed, and not so well groomed, slopes.

It’s the kind of ski that will suit an advanced female skier looking to further improve their carving turns on groomed slopes. They hold an excellent edge in hard pack conditions, boosting confidence from turn to turn. At higher speeds, they are stable and solid – something you’d expect from Völkl but impressive all the same.

VERDICT - 4.5 OVERALL
A stand out women’s piste ski with great edge hold and high speed stability, if a little pricey. 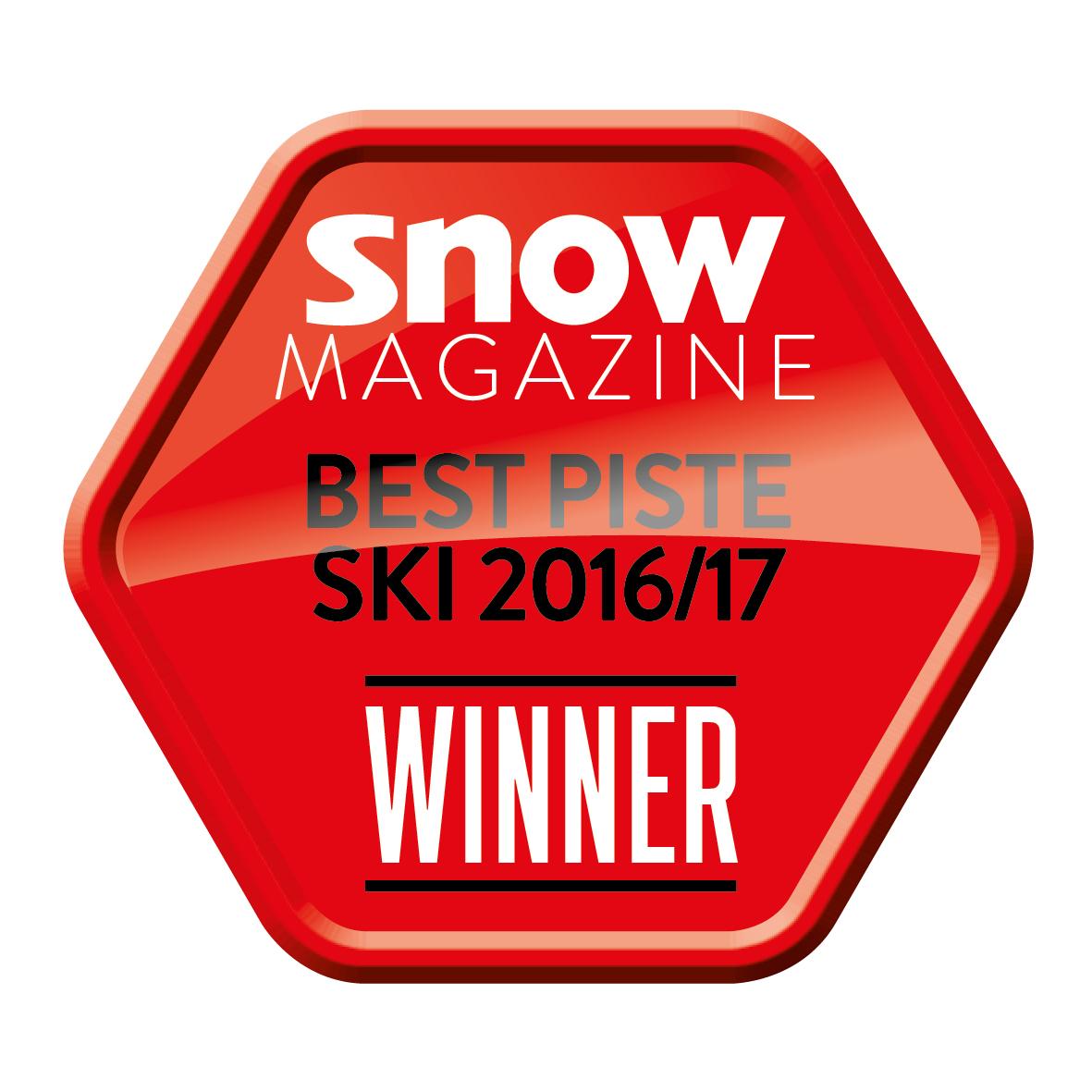 BEST FOR Experienced female skiers who
like carving on-piste.

This ski has it all – fantastic edge grip, easy transition into the turns, a balanced ride through the arc and responsiveness edge-to-edge. For an advanced or expert female skier, you’d need no more should on-piste carving be your primary raison d’être.

The Intense scored top marks for edge hold on groomed slopes – at high and low speeds – with great response in long and short radius turns.

The lightweight wood core combines with fibreglass and metal laminates, along with a tip rocker to produce and surprising playfulness.

Off -piste, things aren’t so fluid, but these skis aren’t designed for powder – they cope well in moguls though, soft enough, yet responsive and light.

VERDICT - 5 OVERALL
The stand out women’s piste ski for 2016 with incredible performance at such a reasonable price point.

BEST FOR Advanced skiers blasting around the groomed slopes.

The X-Max range from Salomon includes models for all levels of skier from beginner to expert – we couldn’t resist jumping on-board the X12, the top of the range, turbo charged version with go-faster stripes that would turn the head of the most hardcore boy racers.

Unless you have the ability level to control a ski at high speeds safely and sensibly, then don’t even bother to take these on a test drive. Our team of instructors really enjoyed them but the feedback was they require maximum input for maximum output.

They perform fantastically well on-piste, carving long and short radius turns smoothly with an edge grip that feels unbeatable in this category.

VERDICT - 4.5 OVERALL
A seriously high-performance piste only ski that will blow experts away with their edge hold and speed.

BEST FOR Frontside skiing for recreational to advanced female riders.

You’re a good skier who enjoys mainly staying on-piste, wants to improve your carving turns, not too aggressive but likes to open up the speed when conditions allow, and you want to own a ski rather than rent. If that sounds like you, then this ski should be yours.

These skis are fun and easy to turn, but also have enough juice in their performance to handle more advanced skiers. We enjoyed them at both slower and higher speeds, with perhaps a limit on their stability when you really ramp things up.

BEST FOR Powerful on-piste skiers who like to rip up groomed slopes.

Efficient, eff ective, solid and reliable, the Code S, still seems to have a life of its own that’s waiting to be harnessed.

Although designed in the style of a slalom ski they perform more like a Giant Slalom ski, sweeping across the piste, improving with speed and carving long radius turns. They have rhythm too and short turns come naturally, but you need to boss them, as the rebound from edge to edge is powerful for a non-race ski.

The full wood core build comes with a gentle tip and tail rocker to help turn initiation – Völkl say they’re 80% piste, 20% powder, but taking them into deep snow would be like dragging Donald Trump into a gay bar – they don’t belong, but it’ll be fun anyway.

VERDICT - 4.5 OVERALL
A strong, slalom-style piste ski that needs to be shown who’s boss but master it and you’ll be king of the hill.