In my first few seasons of living in the Alps I would ride like there was no tomorrow, dropping into any untouched face without a second thought. That was until one sunny spring day, when I saw a massive avalanche drag some skiers a few hundred metres down the back side of Mont Vallon, before coming to rest in a flat terrain trap - where I’d been standing about 20 minutes before, while searching for a friend’s lost ski.

Luckily the skiers had been spat out, part undressed (one had even lost a boot), before the mass of snow had come to a rest. On witnessing this terrifying force of nature I rushed back to the village, forgoing the lovely snowboard I’d been saving for, and invested my cash in an avalanche transceiver and shovel. 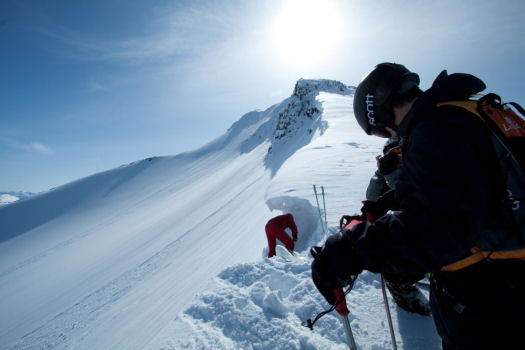 The plain and simple fact of it is, if you spend enough time off piste, you will eventually experience some sort of avalanche. Talk to any mountain guide and they will have been, or know someone, who has been dragged or buried in an avalanche. Being a great advocate of leaving the slopes behind and heading deep into the back country, I don’t want to discourage anyone from skiing or snowboarding off piste – quite frankly, snowboards where invented for riding the stuff. But one of the problems with snowboards and the new fat powder skis with rocker tips is that you don’t need to spend much time on a mountain to get the basic skills needed to hit the deep stuff. Historically the time it took to become a competent skier would in itself help you gain some back country knowledge, but now an average intermediate can venture off piste in no time at all. As such, we at Snow wanted to pass on a basic knowledge, and the questions you should be asking yourself before dipping under that rope and heading out of bounds.

Planning for a trip

There is no better place to start than seeking out local expert advice, we’re not talking the barman/chalet girl. Ask the local ski patrol or hire a qualified guide, they will know the history of the seasons snowpack and, in most cases, know the resort over the course of many winters. Check online, and at the base station, for the predicted avalanche risk rating of the day. This could vary depending on the altitude, as often the risk can be much worse in high alpine terrain than the lower slopes, due to the more complex weather and temperature conditions. Always have the number for search/rescue in your phone.

Avalanches like the same slopes that we love to ride: 30-45 degree slopes are the most common to slide. It’s not a golden rule, but normally anything under 25 degrees is too shallow to slide. Above 50 degrees is too steep, as the snow is often sluffing (loose top surface snow falling off) before a meaningful amount of snow can build up. Sluffing can easily knock you off your feet, but won’t normally bury you. 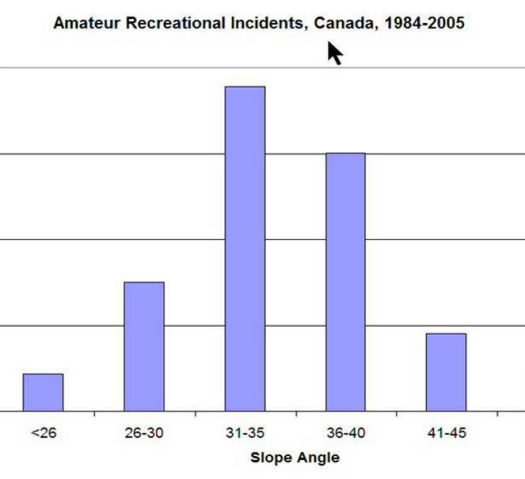 Look around you at the mountain and ask yourself, has there been any recent avalanches? If yes, what is the angle/aspect of the slope? Is there any obvious avalanche paths? You can notice these from damage to, or blank areas of, trees where you feel there should be some. Avoid walking below a slope where, if it were to slide, it would take you over cliffs. Note any terrain traps and never stop in one, or ski one, without a safe escape point. A terrain trap can be anything from a gully to a flat spot or even tight trees. Normally the snow on north-facing slopes takes longer to safely consolidate in the early season, whereas south-facing slopes are more dangerous in the spring, due to the constant warming and refreezing.

A trigger point is any point on the slope that, put under pressure, will start a slide - in extreme cases avalanches will trigger themselves. Avoid convex points, where the slope dips/rolls out of sight ahead of you. This is the point where the snow is at its heaviest. Cornices (wind-loaded deposits of snow that overhang ridges) should be avoided at all times, both traveling under or standing above. Leeward slopes, often below a cornice, where the wind has deposited snow can often be overloaded and while looking perfect, should be treated with care.

At all times have an escape route planed, particularly when descending. If waiting for friends after descending, always pick a safe spot, well away from a potential avalanche path. When hiking/skinning in, try to travel high, so if a slope slides you’re above it. Spread out, so if the worst happens, not all of you are taken and so as not to overload a slope. Always descend one at a time, heading for a pre organised safe spot to regroup.

It’s impossible to accurately predict an avalanche, but here are some of the signs that should be taken note of and may indicate that you should rethink your plans.

·         Shooting cracks in the snow, normally shooting out from the front of your skis as you cut across a slope.

·         Hollow sounds from the snow pack, which indicates air pockets or unstable layers within the snow pack.

·         A whumping sound from the snow pack - this is a collapse of a snow layer within the snow pack and is often the start of an avalanche.

·         Snowballing or a pinwheeling of the snow; a build-up of balls or rolls of snow, that often happens in spring, is a sign of a weak bonding within the snow pack. 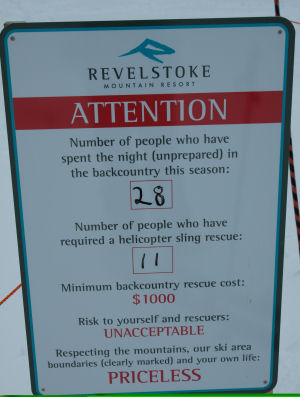 Kit that you should carry with you

Time is the key factor: there is a 90 per cent chance of survival if rescued within the first 15 minutes, this falls to 35 per cent after 30 minutes, and drops steadily after that. It’s one thing buying the kit, but the most important thing is a good working knowledge of it. Practice with your friends often, and if they can’t be bothered, don’t ski with them. Try to imagine it’s a white out, you’ve just been spat out of an avalanche and have a head wound, your wife/son/ best friend is buried under the snow and you’re the only one within miles – scary, isn’t it!

This list is only a flavour of what you need to know, meant to help show you some of the basics, and the questions you should ask yourself. If you do plan to ski/snowboard off piste, we recommend you always take a qualified, experienced mountain guide. 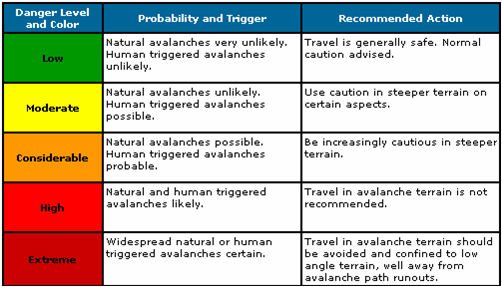