From resorts and pistes, to places to kick back and relax, here are Snow's top 10 spots that the crowds haven't discovered yet. Just don't tell everyone.

There are places I shouldn't - in fact, don't want - to tell you about, but I remember all too well the pain of my elder brother saying, “I know a secret and I'm not going to tell you”; so I'm going to spill the beans and let you all in on Snow Magazine’s top 10 places we want to keep for ourselves. They range from resorts and pistes, to places to watch the sun set. In our opinion, they’re truly special places to click into your bindings or from which to kick back and take it all in. 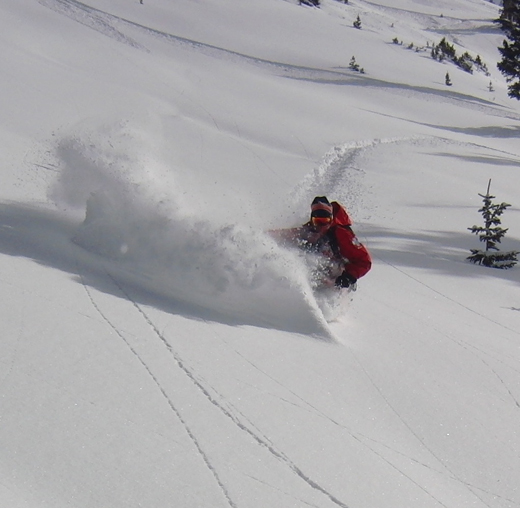 1. Silverton Mountain, Colorado, USA
This ski resort is the brainchild of Aaron and Jill Brill, who sat around the dinner table one night and thought it would be a good idea to buy a mountain and open an extreme off-piste only resort - now that’s what I call a great idea! After a long search they bought a mountain in an old silver mining village in Colorado and a second hand chairlift - job done. Silverton Mountain takes only 80 clients a day on a guided extreme mountain adventure. No pistes here. There may only be one chairlift, but it accesses a huge mountain. Once at the top of the lift, small guided groups (organised by hiking speed) trek off to find fresh tracks. Once at the bottom, you’re collected by an old school bus, with ‘Silverton Mountain Correctional Facility’ written down its side, and returned to the base tent, which doubles as a bar once the skiing finishes. It’s like heli-skiing at a fraction of the cost, which means that rather than sitting in a helicopter next to a city executive who’s dropping a couple of grand on a weekend, you’re on a knackered old bus with some bearded young dudes who know how to ride a mountain.
www.silvertonmountain.com

2. Stranda, Norway
A stunning 40 minute drive/ferry/drive from Alesund is the tiny resort of Stranda, which often tops Europe’s snow stats. It dumps it down here, and you can take on the powder with the most amazing of fjord backdrops. In the week it's empty (not that it’s busy on the weekend), and you can do loop after loop of fresh tracks. If you fancy a longer run, you can ride all the way down through the trees to the valley floor, and then call the ski taxi to come and get you. The resort has negotiated a good rate with the local taxi firm (good luck explaining exactly where you popped out of the trees in Norwegian though!) Remember to take a guide if venturing out of bounds.
www.strandafjellet.no

3. Revelstoke Mountain Resort, British Columbia, Canada
Now with more than a decade of seasons under its belt, Revelstoke is no longer the new kid on the scene. Admittedly it's not such a big secret, as it has been covered by most of the ski press, but ask your average skier and most have never heard of the place. Hidden deep in BC’s interior, Revelstoke is screaming out to the world to come and visit, and you really should. It’s trying its darndest to mix it with the other big resorts of BC, and quite frankly is doing a bloody good job - the terrain on offer is truly awesome, and the adjacent cat skiing operation is simply brilliant. It’s a resort well worth the trouble of getting to.
www.revelstokemountainresort.com 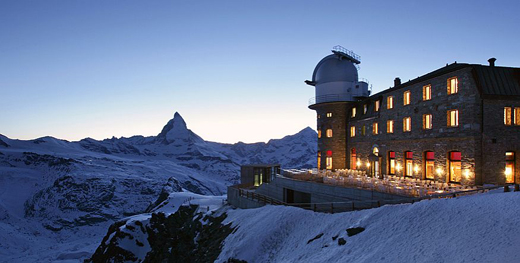 4. 3100 Kulmhotel, Zermatt, Switzerland
Ok, so Zermatt is not a secret at all, and nor is the 3100 Kulmhotel at the top of the Gornergrat cog railway. But not too many people take the time to watch the sun set behind the Matterhorn, in their ski boots, from the hotel terrace, before taking dinner in the very fine restaurant. All that’s great, but the truly special part comes when the waitress lets you know that it’s your turn to climb one of the two stone towers that are the hotel’s very own observatories. Star gazing within spitting distance of the Matterhorn: now that’s a special night.
www.gornergrat-kulm.ch

5. Off piste from Olympic Express chair to Saint Martin de Belleville, Meribel, France
Take the Roc De Fer, then the Olympic Express chairlift straight out of Meribel Village, and once you push off the seat at the top, just keep going. This off piste run is just perfect for the intermediate off piste skier/boarder, but is also great fun for the more advanced too. It’s never too steep as it rolls its way down to St Martin de Belleville, past summer huts and through farmer’s fields. Obviously take all the care needed when going off piste, and watch out for the odd half-buried fence or grassy patch/track late in the season. Have lunch in a much over looked village of the 3 Vallees, before heading back to the crowds of the main hubs.
www.st-martin-belleville.com

6. Midnight Skiing at the Scandinavian Big Mountain Championships: Riksgransen, Sweden
Many miles north of the Arctic Circle, Riksgransen is a small, yet unique, place. Late season - we’re talking May - Riksgransen holds the Scandinavian Big Mountain Championships, which sees the resort’s car park fill up with campervans and estate cars, in which many of the best skiers and snowboarders from Scandinavia sleep. The competition is great to watch and the after event party, the last of the season, often sees bands come up from Stockholm. The party starts with a big banquet and then goes off all night long, with the bands and DJs playing the hotel’s nightclub. For your own skiing/boarding, the terrain is challenging, especially the touring beyond the resort's boundaries, all of which is fantastic. And add to that the fact that twice a week they open the lifts so you can ride the mountain in the midnight sun - it’s a strange light, and is a very cool thing to do. If that’s not special enough for you, then go heliskiing with ‘Mountain Guides’ at midnight, available from mid-May.
www.riksgransen.se www.playground.se/bigmountain www.mountainguide.se

7. Castle Mountain’s chutes, Alberta, Canada
Castle Mountain was about to shut down, so the locals all grouped together and bought it. A true little gem of a local’s ski hill, it only has three main chairlifts: one of which accesses a great beginners' area, while the other two, used together, take you up to the Skyline Traverse. The Skyline is a flattish track which you drop off of, wherever takes your fancy. Stay on the traverse and you’ll pass through a ranch style gate, with a hangman's noose hung on it, and you enter Castle’s challenging double black diamond chutes. With names like Desperado and Lone Star, the chutes are all in a sheltered bowl that often refills with snow on the wind as fast as you can manage to track it. A small but truly golden place, Castle now operates a cat skiing operation too.
www.skicastle.ca 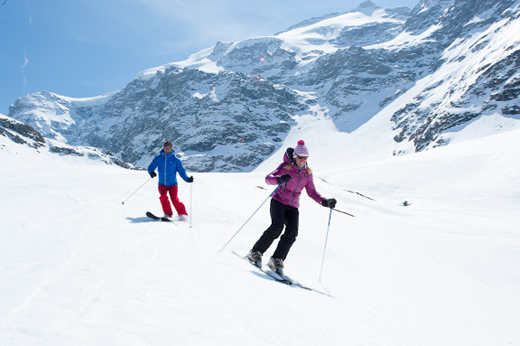 8. Bonneval Sur Arc, France
A truly unspoilt tiny traditional alpine village, largely unknown and yet only one valley south of Val d'Isere. Popular mostly with French families, Bonneval Sur Arc is a powder rider’s heaven. It only has a modest 25km of piste and a 1250 metre vertical drop, but put into the mix the fact the resort tops out at 3050m, gets lots of snow, and hardly anyone goes off piste, and it means fresh tracks are easily and often found days after the last snowfall. Back in the '70s, when most French mayors were allowing developers to pour concrete wherever they wanted, Bonneval Sur Arc’s mayor sent them packing, keeping his village a truly beautiful place to stay.
www.bonneval-sur-arc.com

9. Minturn Mile, Vail, Colorado, USA
Not so much an off piste run, more an adventure trail down to one of the - if not the - best ski bars in North America. The Minturn Mile is an out-of-bounds run that is accessed from the top of chairs 3 or 7, where you head through the out-of-bounds gate at the top of the turn on the Lost Boy trail. Starting with an open bowl, you’re soon in the trees before hitting an area known as the luge, an old 4x4 hunting trail, which twists and turns through narrow and sometimes hair-raising bends. Once you pop out it’s only a short hop to the Midturn Saloon (see Snow's Top 10 for apres ski). A great off piste adventure, finishing with a jug of margarita - now that’s a perfect combination!
www.vail.com

10. The Igloo Village, Zugspitze, Germany
Romance and igloos don’t normally sit well together. Add Germany to the mix, and it’s enough for many women to be calling their lawyer to file for divorce. But the thing with the romantic igloo rooms on the Zugspitze glacier is that it’s so extremely naff, that it’s actually very cool. It’s like a themed marriage chapel in Las Vegas, mixed with an arctic expedition - and the single sleeping bags mean the wife won’t need to pretend to have a headache. Weather permitting, you can sit outside your igloo in Germany and watch the sun dip behind the mountains of Switzerland and Italy, before finally disappearing into Austria.
www.iglu-dorf.com