There’s great skiing to be had across the Alps, the US and Canada – and don’t forget the smaller places too. Both the Pyrenees and Scotland have had plenty of snow today.

Resorts in the French Alps are benefiting from low temperatures, after receiving fresh snow earlier in the week. The Paradiski area had clear skies on Thursday – an excellent day to be on the slopes. Check out La Plagne’s webcam here. 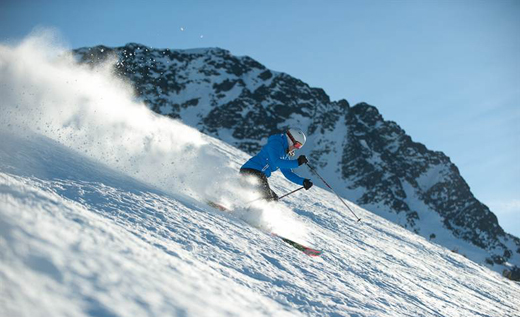 It’s a similar story in Switzerland – after fresh snow on Monday, all Swiss resorts have had clear skies all week, and the weather is expected to last until Sunday. Conditions are good, though off-piste has become a little tracked as everyone makes the most of the sunshine. A light dusting of snow is expected in most resorts on Sunday, with up to 8cm in Zermatt (webcam).

There are reports of lots of fresh snow in the Pyrenees. The resort of Formigal has had 40cm of fresh, and is expected to receive about another 40cm over the next week. Also, the Spanish ski resort of Sierra Nevada in Granada (webcam) has 45cm of fresh powder, and has had a massive 170cm of snow in the last week. Next week is looking dryer here though, with just 2cm of snow predicted.

Scotland’s ski slopes are promising at the moment too, with recent wintry weather making for some good skiing at all five resorts. Today (Friday) should see some fresh snow fall, up to 7cm, though next week snow will be mixed with rain – make the most of the weather now! Check Glencoe’s webcam here.

On the other side of the Atlantic, Canadian resorts are expecting snow. A few resorts had some fresh on Wednesday including Whistler and Silverstar, which both had 11cm. With cloud and low temperatures, snow is in the pipeline for other resorts too.

US resorts have had sunny weather for much of this week, though that was coming to an end on Thursday as cloud and lower temperatures moved in. Fresh snow is expected at Mammoth (webcam) over the weekend, and in most US resorts next week – which will provide a welcome boost and improve conditions in many places.