I'm Free: The Low Down on Freeriding

Ski Journalist of the Year, Alf Alderson, explores the world of freeride skiing and explains why leaving the piste behind can be so much fun...

‘Freeriding’ – yet more marketing guff for what was once called ‘off-piste skiing’. Or is it?

If you have a tendency towards wider skis and a penchant for checking out the best untracked terrain as you sit on a chairlift and then making a beeline for powder once you hop off, you’re in danger of being able to call yourself a freerider.

In other words freeriders are the dudes who forsake the pistes for backcountry and ‘sidecountry’ whenever possible, with virgin slopes, trees and even the occasional cliff or two (for the more accomplished) being the terrain of choice.

It’s pretty easy for any skier to see what the attraction is. Score it right and you’ll be cutting lines through virgin powder with just a buddy or two to share your whoops, hollers and faceshots. Who wouldn’t want a bit of that?

And when you’re freeriding at the highest levels the entire mountain becomes your playground (hence the name, perhaps?) . But there’s a price to be paid for this occasional forays into ski heaven… 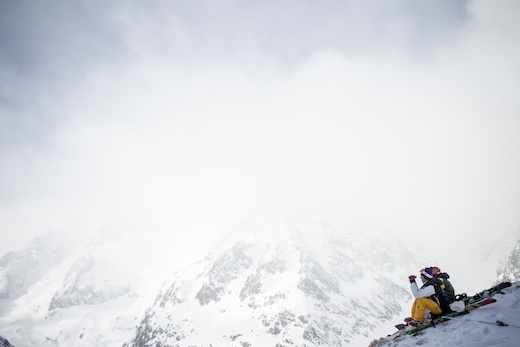 First off, freeriding obviously isn’t something you take up after your first weekend on skis. However much ski equipment may have improved in recent years you still have to put in a certain amount of time on your planks before you can safely and confidently venture off-piste.

It also takes many seasons in the mountains to develop the art of ‘mountaincraft’ to any level of proficiency, and mountaincraft is most definitely needed when you’re venturing out of bounds.

Nigel Shepherd, one of Britain’s most respected mountain guides, says that “On the whole I think that skiers are educating themselves.  It would be very difficult for a skier to plead ignorance of the dangers likely to be encountered [in the backcountry] – the warning messages are in your face wherever you go.  What is slightly worrying though is how people perceive that a little knowledge and the most up-to-the-minute safety equipment will somehow make them invincible.

“This is reinforced by a few successful sojourns out in the backcountry and suddenly you’re an expert!  Predicting how safe the mountains are at any one time is at best an inexact science.  Whilst basic procedures will answer many questions or doubts, in the end its long experience that counts most.” 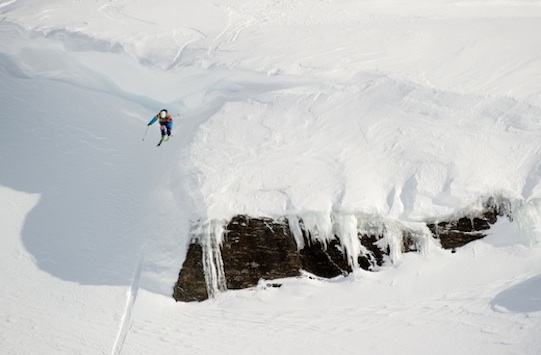 Nigel’s remark about safety equipment is also very apposite – none but an utter fool would venture off-piste without avalanche transceiver, shovel and probe, maybe even an ABS system – all of which are not just expensive but totally useless unless you know how to use them properly. A freerider has to put in time at avy parks practicing, practicing, practicing with their avy gear, and some swotting up on snow safety is also highly recommended.

But we’re nearly there, fully fledged members of the freeride community - add in funky fat skis, detachable bindings and a set of skins so you can really get out into the backcountry and the job is pretty much done. You may wish to wear appropriately baggy and colourful clothing too, of course, not to mention sporting some form of facial topiary if you’re of the male sex, but these are optional.

So you’ve spent more than a little time and money in your quest to become a freerider, but what do you get back in return – is it really worth all the hassle?

Hop off the chairlift, skin up and head away into the wild blue yonder (with a guide if there’s the slightest doubt amongst your crew about the terrain you’ll be skiing). Leaving behind the clamour of the resort you’re soon surrounded by few sounds other than the breeze soughing across wide, white slopes.

Your descent may be a short traverse away from the lift or could involve an hour or two of skinning up, but ideally on reaching it you’ll find yourself looking out across a sunlit, snow plastered high mountain landscape and not a skier in sight other than your good buddies.

And the best is yet to come – hundreds if not thousands of untracked metre to fly down – wide, open slopes and bowls, challenging couloirs, sheltered tree run, all of which purely lift-accessed skiing rarely provides. This is the alpine environment at its finest, just you, your friends (and maybe your guide) with the world’s biggest playground laid out before you.

And a huge grin at the end of it all. I guess that’s a pretty long-winded definition of ‘freeriding’ but it should just about do it…