Work will begin this spring on the first new lifts in Andermatt, the beginning of a three-year, £1.2 billion development project that will transform the Swiss resort.

Following investment from Egyptian property tycoon Samih Sawaris, Andermatt is linking its ski area with nearby Sedrun, giving the resorts a combined total of 123km of pistes. The antiquated lift system will be completely overhauled in the process — starting with the T-bar from the train station from Oberalppass up to Calmut, which will this summer be replaced by a high-speed, six-man covered chairlift with heated seats. 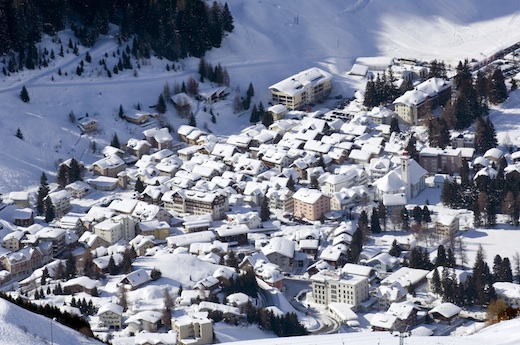 The link-up of the ski area is just part of the development. A new five-star superior hotel, The Chedi Andermatt, will open this December, and over the next three years 490 apartments will be built in 42 buildings, along with 25 luxury chalets, an 18-hole golf course and five other “first class” hotels. The whole project is costing £1.2 billion (CHF 1.8 billion).

The development has been controversial among environmentalists and traditionalists in Switzerland and beyond, who believe it will ruin one of the oldest and most quaint villages in the Alps.

“Andermatt has a reputation as a serious off-piste resort, and people here cannot survive on such a small market — the whole town is behind this,” he said.