British snowsports gets set for another week of medals

Next up: Mammoth, USA

The GB Park and Pipe team are now in Mammoth, USA for the start of the Halfpipe and Slopestyle World Cup. In Ski Slopestyle we have  Katie Summerhayes, Madi Rowlands and Izzy Atkin in the Ladies' competition and James Woodsy Woods, Tyler Harding and Cal Sandieson for the Men's. For the Ski Halfpipe Ladies' contest we see Molly Summerhayes and Rowan Cheshire represent, with Murray Buchan and Pete Speight up in the Men's contest.

There has been even more success for the British Telemark team, with Jasmin Taylor claiming another podium, taking third place at the Telemark World Cup in Krvavec, Slovenia in the Parallel Sprint. Teammate Louis Hatchwell claimed ninth in the Men's Parallel Sprint. 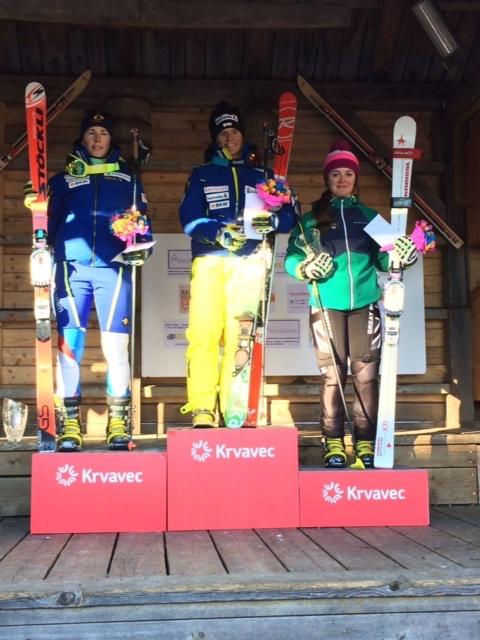 Dave Ryding is back in action on Tuesday night (30th) at the Parallel Slalom event in Stockholm, Sweden. Following his historic 2nd place finish in Kitzbuehel and 10th place in the Schladming Slalom World Cup, he will be looking to impress and make it through the rankings. The race starts at 16.00 GMT.

The Delancey British Alpine Ski Team racing at the World Alpine Ski Championships in St Moritz will be announced this week.

Sunday was the start of the Nordic World U23 and Junior Championships in Park City, Utah and competing for British Nordic are Fern Cates, James Clugnet and Duncan Gibb, whilst Robert and Jake Lock compete in Ski Jumping

This week sees the start of the next Snowboard Cross World Cup in Bansko, Bulgaria where Zoe Gillings will be looking for another strong performance in the Olympic qualification period. Action begins on Thursday 2nd February.

Emily Sarsfield and Pam Thorburn are also in action at the end of this week in the next Ski Cross World Cup in Feldberg Germany. Qualification starts on Friday 3rd February.

At the Snowboard Cross Europa Cup in Grasgehren, Germany, this weekend Kyle Wise finished in 25th and 28th,  and Murray Koller 71st and 49th.

Lloyd Wallace is back in World Cup action at the end of this week in Deer Valley, USA. He will be competing on Friday 3rd February.

For all the information on British Ski and Snowboard visit teambss.org.uk