Once again Protest aim to hit the nail on the head with high performance, great looks and a low price tag, but can the Miikka Pants impress on the slopes? We review them to find out. 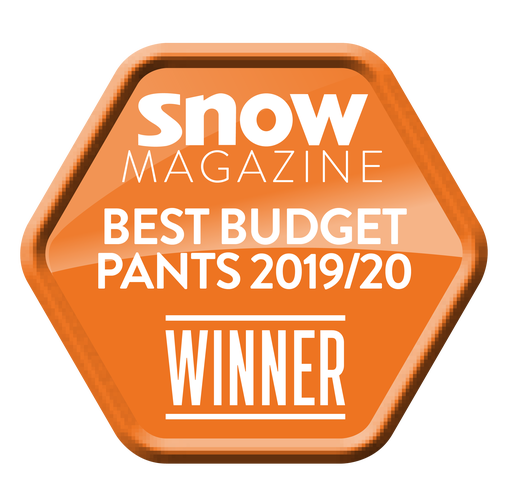 Protest's Miikka pants come out of the PVRE series, their top of the line range offering superior waterproofing and breathability.

Not only do these pants offer 20k waterproofing and breathability but they also have fully taped seams and articulated patterning. This means they're dependable out on the slopes, keeping you fully dry no matter how bad the conditions and despite a thin layer of insulation we also found them very breathable in use, which means they cover most of what you ask for in a pair of ski pants and they do it at a bargain price of £130.

To add to the warmth factor there's a layer of space age reflective silver lining against the legs - Protest don't really shout about this tech but they've managed to make it both comfortable and effective at adding a good dose of warmth.

The instep has zipped adjustment for your boots and the standard elasticated snow gaiter, which works well. There's no reinforcement at the instep which could lead to premature wear and the soft and stretchy material doesn't evoke a lot of confidence in the Miikka pants lasting much beyond a season of hard use. This is to be fully expected though in something that offers great performance at such a low price.

There are pockets front and back although weirdly the leg vents don't punch through the internal silver lining so it's difficult to see how they could be effective; we can't say we noticed much difference with them open or closed.

The waist comes up reasonably high in a low bib style, and the removable suspenders add to the solid feeling when you're out in the snow. No less than three poppers at the waist and Velcro adjusters take care of keeping the pants up although the adjusters don't have a lot of range to them.

Overall, the Miikka pants are superb value for money, just don't expect them to outlast much more expensive kit.