If you love skiing on perfect pistes in stunning scenery, then the Dolomites UNESCO World Heritage Site forms an unforgettable backdrop to any family ski holiday. As the sun goes down, the mountain tops turn red in the wonderful phenomenon known as enrosadira.

Blessed with 300 days of sunshine a year, South Tyrol is home to around 30 ski areas, most belonging to either the vast Dolomiti Superski area – the world’s largest ski network covered by a single lift pass - or the family-friendly Ortler Skiarena in the west of the province.

No visit here is complete without skiing the Sellaronda. This famous circuit – which can be comfortably skied in either direction in a day – circles the beautiful Sella massif and offers an irresistible combination of superb slopes and fantastic mountain huts, serving great food.

As well as its modern ski facilities and legendary snowmaking, South Tyrol is Italy’s most decorated province for food and wine, featuring 19 Michelin-starred restaurants with a total of 26 Michelin Stars between them. 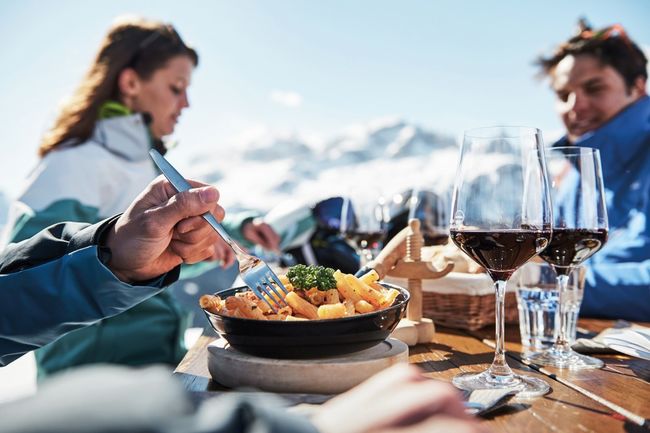 With its network of mostly blue runs and mouth-watering choice of restaurants, Alta Badia epitomises laid-back Italian dolce vita ambience. The resort lies at the centre of the Dolomites, and at the north-eastern corner of the Sellaronda, offering connections to over 500km of slopes. It’s also home to the spectacular Gran Risa downhill run, where Men’s Ski World Cup races are held each year.

Throughout the winter season skiing and gourmet cuisine combine in a series of special events, including the 10th edition of A Taste for Skiing. Ten of the best Michelin starred chefs, including local gourmet hero Norbert Niederkofler, will each be assigned to a rifugio (mountain hut) on the slopes of Alta Badia, where they will create a gourmet recipe to be served to the skiers during the winter season.

Each dish will tell a story, connected to the chefs and the local products, and each will be combined with a local wine, carefully selected by an experienced sommelier from South Tyrol, who will create special and original pairings.

One of the most memorable runs, however, is to ski the Hidden Valley, a long, endlessly scenic red from the top of Lagazuoi to Armentarola, where an old-fashioned horse tow pulls skiers along the valley floor back to the Alta Badia ski lifts. A unique experience! 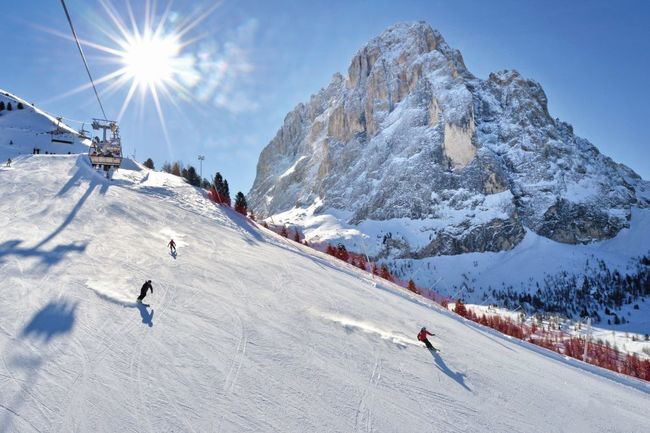 Val Gardena, on the northwestern edge of the Sellaronda and home of the legendary World Cup Saslong downhill run, is a valley steeped in history and traditions, embodying the local Ladin culture. The three villages of Ortisei/St. Ulrich, S. Cristina/ St. Christina and Selva/Wolkenstein provide access to 500 kilometres of linked ski slopes snaking below the rocky massifs of the Odle, Sella and Sassolungo.

It’s also a centre for woodcraft, a tradition dating back to the 18th century, and a permament exhibition hosts creations by some of the great masters.

Winter here is packed with events such as snow and ice-sculpting competitions, carnival processions, concerts and top-class sport events such as the Ski World Cup in December, the Sellaronda Skimarathon, and the Südtirol Gardenissima - the longest giant slalom race in the world.

Five Alpine ski schools welcome enthusiasts of all ages every year and offer fun activities both on and off the slopes.