Meribel, She's Still Got It!

For decades, British skiers have flocked to Méribel and made the French resort a home from home. But what’s the allure of the Three Valleys village and does it retain its Gallic charm? Ten years after she first skied here, Susannah Osborne gets reacquainted with an old friend.

I’m standing slap bang in the heart of Les 3 Vallées, on the pulmonary valve of the largest ski area in the world with 600 kilometres of pisted runs and 180 lifts at my ski-tips. But given the chatter around me, I could be anywhere in southwest London.

For nearly 70 years, Méribel has been welcoming British skiers to its slopes. Founded by British army colonel Peter Lindsay just before the Second World War, Méribel’s USP for visitors from across the channel has traditionally been the unrivalled selection of chalets on offer. In fact, on busy weeks such as February half term, the vast number of UK residents schlepping from the slopes back to their home from home for tea and cake in front of a roaring fire could rival the queues during Wimbledon fortnight.

But crowds and social stereotypes aside, the reason that we all descend on the place is clear the moment that you hit the slopes – the skiing is so darn good. In fact, a close friend once came back from sessioning Jerusalem, the long, winding red that snakes from Méribel to St-Martin-de-Belleville, and appeared to have had an epiphany: ‘It’s immense, I never want to ski anywhere else,’ he said. And it’s a view shared by many.

After a ten-year absence from its slopes, driving the winding road from Bride Les Bains through Les Allues brought with it a nervous anticipation. In the years since I had first skied in the Three Valleys, Courchevel had developed a reputation for oligarch-chic and fleecing you for every last Euro, the once budget-friendly Val Thorens had open its first five-star hotel and even Les Menuires was working to improve its appearance and ditch its comedy moniker as the outflow from a cow’s backside. 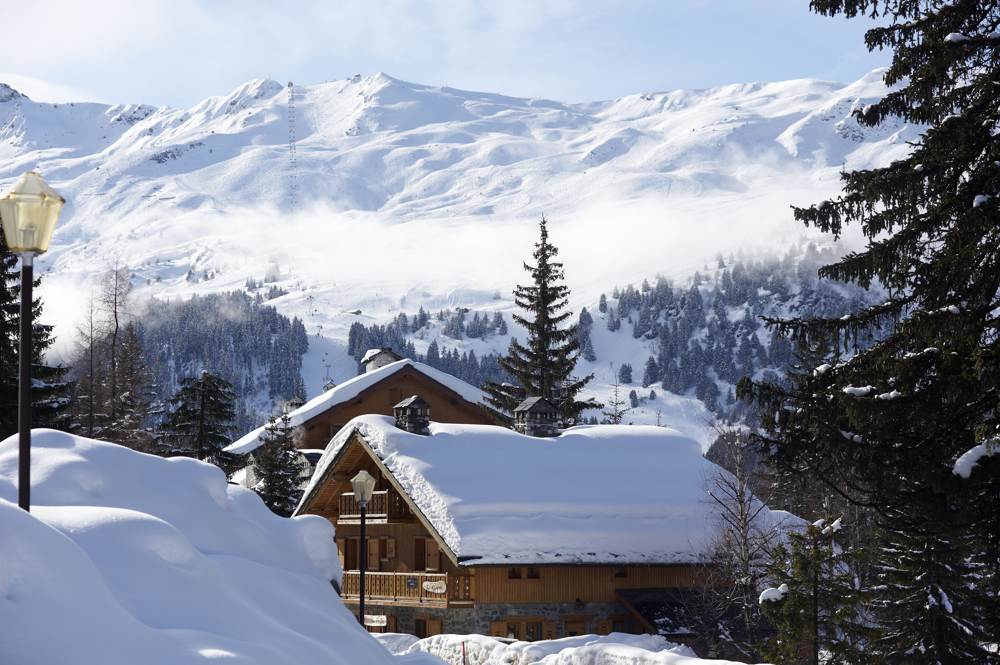 Ski instructor (and free spirit) Raoul has been in love with Méribel since he quit life in a Lyon suburb and headed for the mountains in his late teens. Encouraging me to ‘feel the snow under my feet’, our first port of call was the site of my friend’s religious experience: taking the two-stage Tougnete lift from the La Chaudanne, we bomb down Jerusalem towards the gem of St-Martin.

Diving right off the piste we head for what looks to be untracked powder; sadly it’s actually inch-thick crust but it’s worth the rough ride for the views down the valley and to the hamlets of St Marcel and Praranger, places that are so small that they only just make the piste map – if you do end up there you’ll need a taxi back.

Raoul doesn’t particularly care for Courchevel and its big bucks attitude but he’s passionate about Méribel: ‘Méribel is still French, Courchevel doesn’t know what it is anymore,’ he states as we hop off the Loze chair and cruise down Bouc Blanche and through the trees to La Tania, where at the sight of powder he momentarily points his fat skis into the forest and then pops back onto the piste 100 metres later.

Raoul, who has spent more than 20 years on Méribel’s slopes, knows every inch of the resort and although he appears resistant to some of the changes that have taken place he can’t help but get excited about the money that’s being invested in the ski area.

Our next stop is the new €17 million Plattières lift, the first ten-seat gondola in the 3 Vallées, which whisks skiers up 734 metres in just nine minutes. ‘It’s incredible isn’t it,’ says Raoul before leading the way down the blues that skirt the Tueda Natural Reserve to the far north of the Méribel ski area.

Back at the new, redesigned lift station in the centre of Méribel we take the second upgraded lift, the new Saulire Express Gondola which makes its whopping 1,265m ascent in 12 minutes – it was previously a 20-minute trip.

At 2,700 metres, the top of the Saulire – with its stunning views over the Méribel valley – is a hub delivering skiers to each of the eight villages that make up this super resort. A new black run, the Couloir Tournier, is a little too daring for our post-lunch jaunt (those that do dare can be filmed in action and receive the footage of their turns on their phone at the bottom), so instead we find comfort in the blues and reds that meander under the gondola. 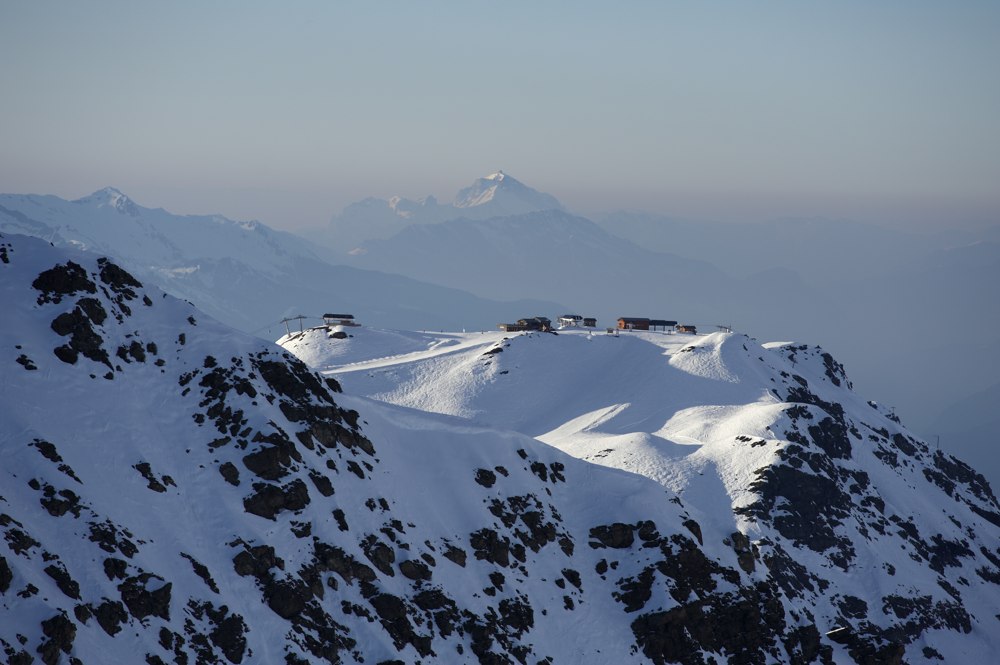 Part of Méribel’s appeal for British skiers has long been its après-ski scene, which jars a little with the very French feel of the village by day – the Rond Point and the Barometer at times resemble a Fulham sports bar but there are other options.

At Le Poste de Secours you’ll find a touch of sophisticated, French chic and at Bar du Vin you can nibble on Savoyard cheese whilst you sup a glass of local rouge. When it comes to eating, Le Cepe, in Méribel Plateau (take the free shuttle bus up the hill from Chaudanne), is a traditional, warm and inviting place with delicious daily specials and an array of mushroom-based dishes (hence the name).

But whilst it’s done well to hold onto as much Gallic charm as it has done, at the new Folie Douce bar just below the mid-station of the Saulire Express it’s clear that Méribel hasn’t totally avoided the attention of the super-rich.

Here bottles of champagne are being winched from the bar to the VIP area in a miniature cable car and when I ask for a bottle of water, the reply comes back, ‘nine Euros please’ (a beer costs 11). There’s even a rumour that one client had spent €14,000 over the course of his week-long holiday.

A new five-star hotel, Le Kaila has also opened in the village – part of a trend that’s seen more hotels open in the once almost exclusively chalet-dominant resort. With its faux fur throws, haute cuisine and exclusive ski shop, it’s a world away from the small-scale hospitality that the Brits seem to love, but times are changing. 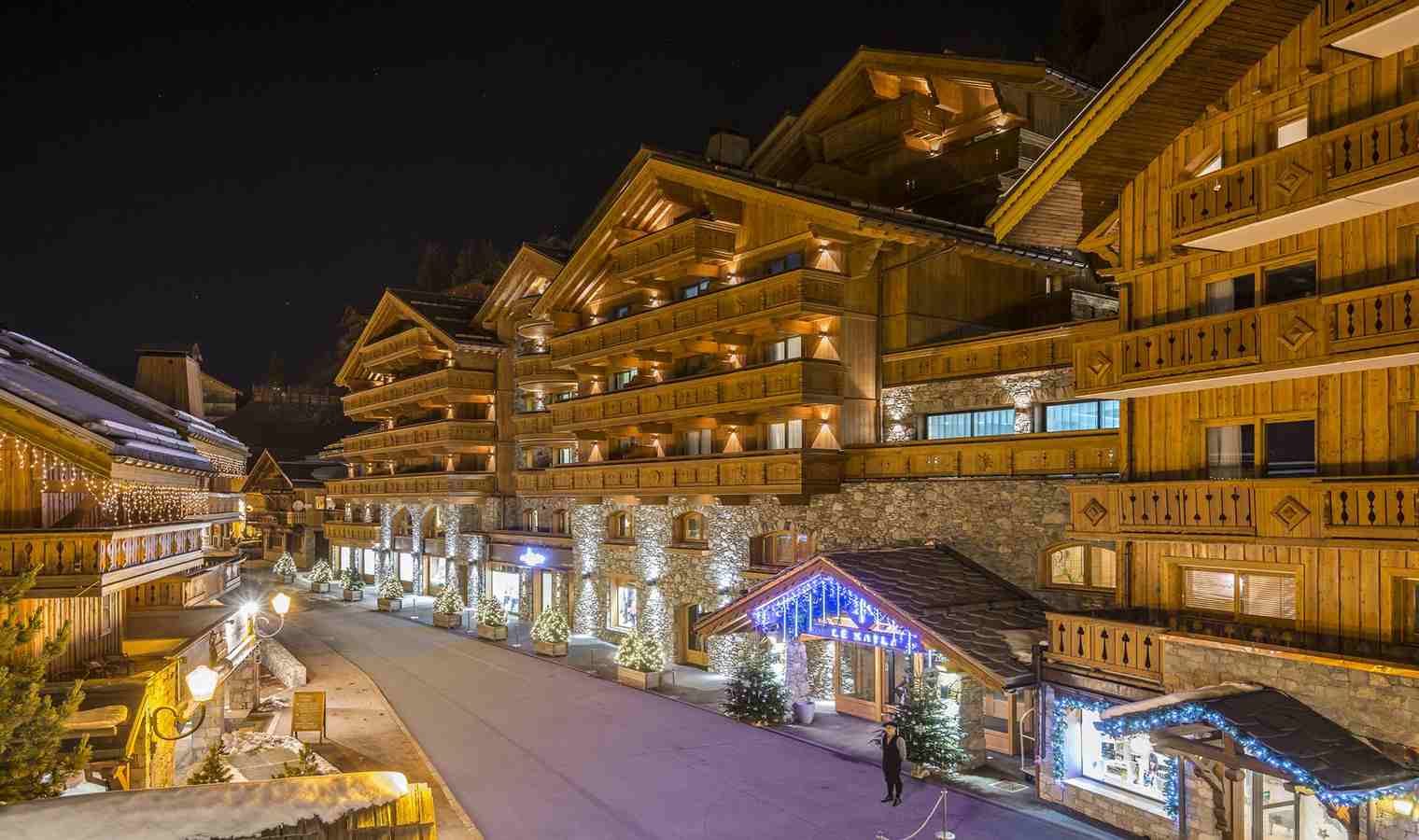 Here your afternoon tea is a selection of handmade marshmallows, the finest tarte au citron and fresh, sugar dusted beignets, rather than a slab of fruit cake and a cup of English breakfast.

In the ten years that I’ve been absent from Méribel’s slopes the village has gained an air of sophistication, whilst retaining some sense of its village charm. But what’s set in stone is the quality and the quantity of the skiing which, undoubtedly, makes it one of the best places to ski in the world.

Snow travelled to Méribel as a guest of Méribel tourist board. The four-star Hotel La Chaudanne has doubles from €777 per person, bed and breakfast (based on two sharing).