Great for skinning up mountains, the best new alpine ski touring boots are just as good at carving down them too. With a built-in walk mode, they’ll get you to the après bar first too…

What is Alpine Touring?

Alpine ski boots are all about giving your feet the maximum support for controlling your skis and absorbing the forces of downhill skiing with the least amount of effort. This is in total contrast to the skinning or walking needs of ski touring, which require ankle articulation to cope with each step or slide forward. Alpine touring boots aim to satisfy both needs, with a super-supportive and stiff boot for downhill, which also has an unlockable ‘walk’ mode.

For piste skiing, the need for low weight in alpine ski boot manufacture has always played second fiddle to support. When it comes to walking or skinning, extra weight on the foot is particularly punishing, with every step having to overcome extra inertia. This is where new materials technology is paying dividends with thermoplastics such as Pebax, and Grilamide, as well as carbon fibre for stiff, light, walkable boots in the 1.5 to 2kg range.

With the flick of a switch, Alpine Touring boots will unlock a walk mode with between 40 and 60 degrees of hinged ankle motion. They normally have more generous lasts and widths. Underfoot differences include a rockered (curved) and lugged rubber sole, more like a hiking boot than a skiing one, for extra grip and walking comfort, which can sometimes be replaced when worn out.

All ski touring so-called ‘tech’ bindings, such as those from Dynafit, require a boot with moulded-in toe fitting as well as a slotted plate at the heel. However, most alpine touring and alpine boots are compatible with ‘most’ frame alpine touring bindings from manufacturers such as Salomon/Atomic, Marker, Fritschi and Tyrolia. 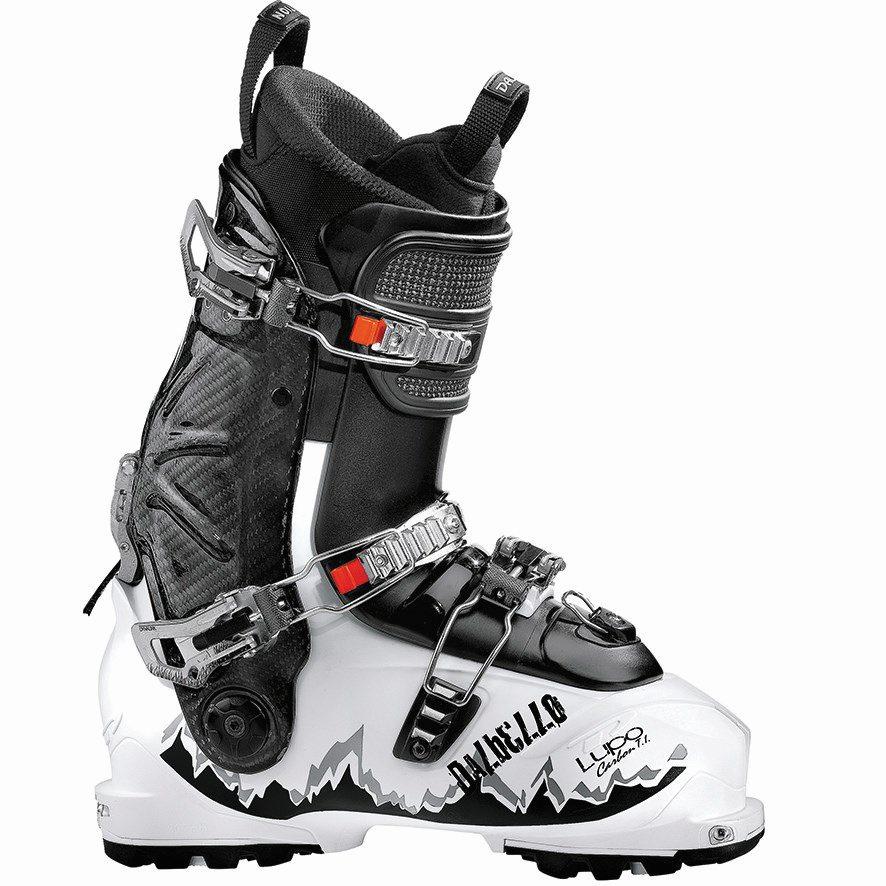 Dalbello Lupo Carbon TI ID – a burly AT boot with near alpine performance. 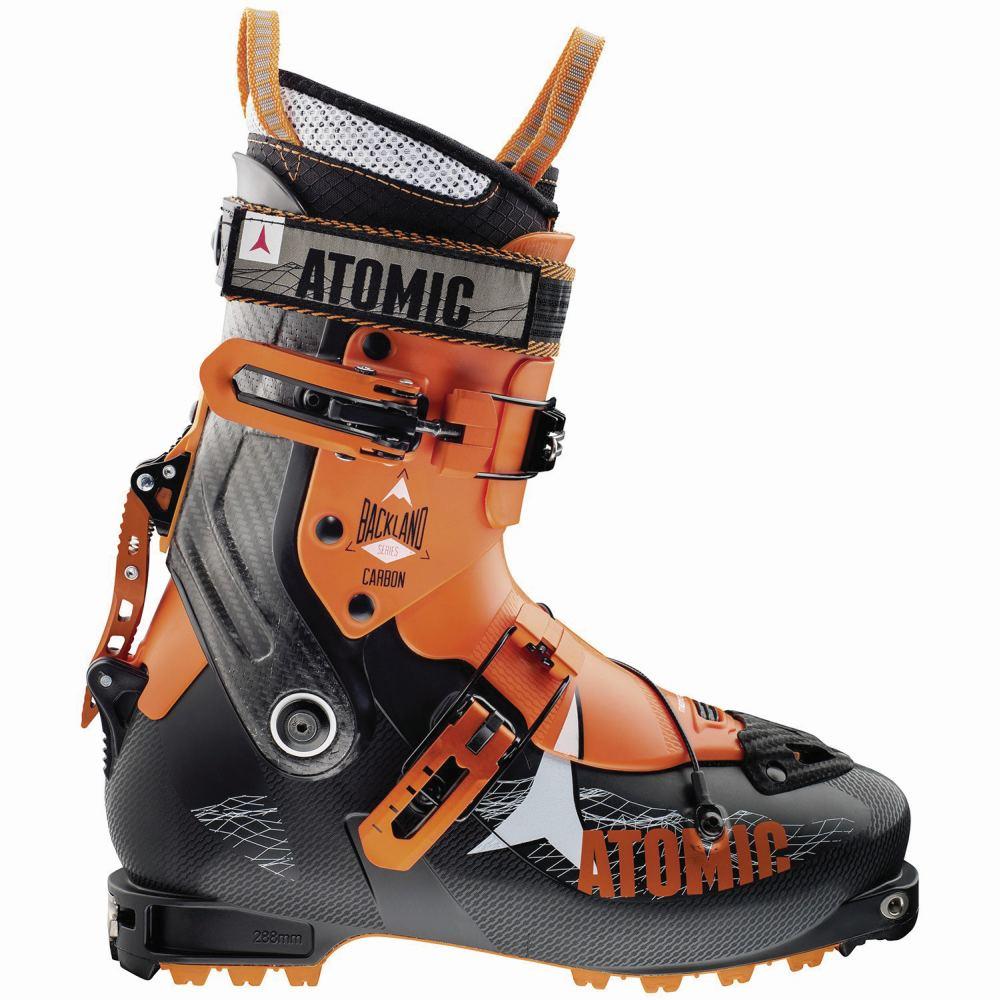 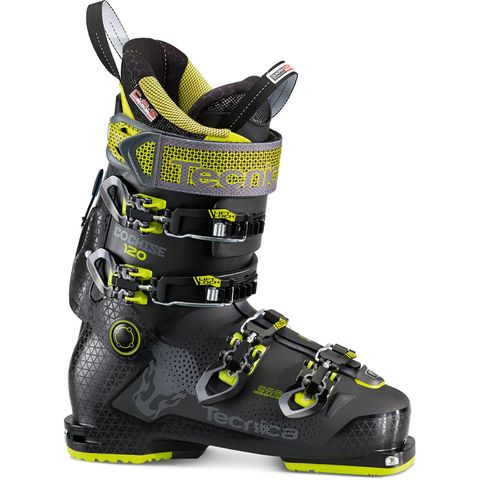