From comedy festivals to skiing through explosions of colour, music concerts and giant snowball fights, these are the unmissable events to hang your ski or snowboard holiday around this year

RISE Festival promises to be a bassy mix of live bands and DJ sets at both indoor and outdoor venues around the natural amphitheatre of Les Deux Alpes. Your only problem might be getting out of bed in time each morning to make full use of Les Deux Alpes' huge 2,268m of vertical and the biggest pisted glacier ski area in Europe. Combined ticket, lift pass, and accommodation deals are available from £312 per person (based on 4 people sharing).

The famous comedy festival billed as "the funniest show on snow" presents a raucous mix of top UK stand-up acts, music and skiing over five fun days. Previous headliners include Eddie Izzard and John Bishop and this season's stellar line up will showcase Zoe Lyons, Andy Askins, Daniel Sloss, Glenn Wool, Kai Humphries and The International Impro Allstars, along with many more acts to be announced. Now moved from its traditional spring dates to season-opening mid-December, the Altitude will end with the Festival of Light in Mayrhofen where free Glühwein and Austrian snacks will be on offer. Because it's the run up to Christmas, Mayrhofen will also be laying on an Austrian Christmas Market.

Would you let your child be pulled down a high street and launched off a ski jump by a galloping horse? Then you need to check out Steamboat Springs' Winter Carnival. Celebrating where wild west meets snowsports, this traditional carnival is put on by Steamboat's Winter Sports Club and includes an after dark Night Show Extravaganza with flare-lit processions down the mountain, stunt skiers jumping through burning hoops and fireworks. 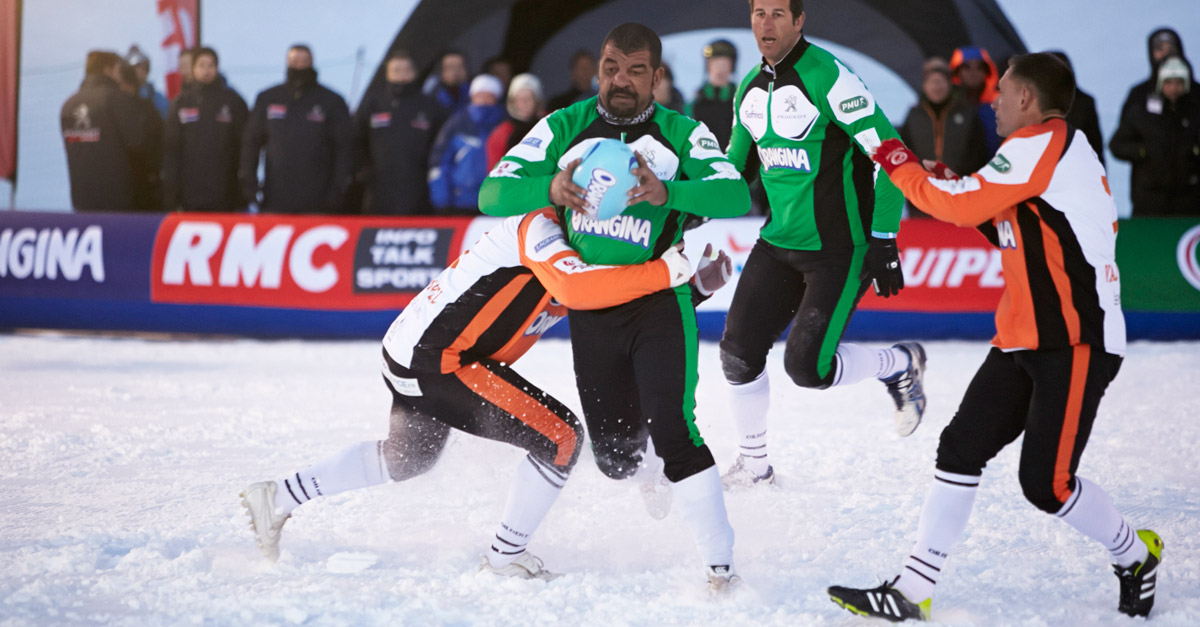 Each team is allowed two ex-professional rugby players to play and coach them - and in an interesting spin last season the tournament hosts Meribel made the pros complete a slalom ski run ahead of the evening tournament, holding rugby balls instead of ski poles!

It's not often that you get the opportunity to be a part of a giant work of art. On skis. On a snowy mountain. But Skicolor in the resort of Let Gets, France is that chance. Based on a US event called The Color Run, the event sees you provided with a white jumpsuit and hat before you ski down a specially built 2,500m piste on the Mont-Chery side of the resort. Every 500m or so you'll ski through an 'explosion' zone and get covered in colourful powder. Friendly and for all the family, this event is all about fun and there are workshops for children as well as a big concert on a stage facing Mont Blanc to top it off. 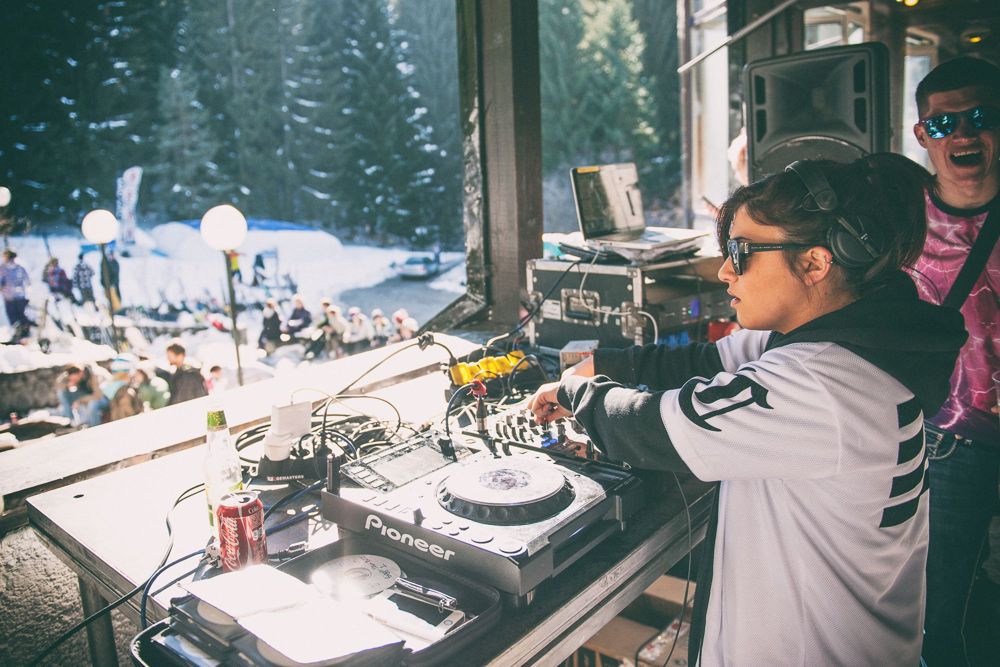 Apart from the partying, and 75km of pisted skiing, one of the biggest attractions for a mountain music festival in Bulgaria must surely be the price of beer - an almost unheard of slope-side price of just £1.50 for a pint. Full festival ticket and 6-day lift passes cost from £225 per person.

Packing 35 concerts into one week, with five afternoon, on-piste concerts by headline bands such as Babyshambles and the Klaxons who played in 2016, Rock the Pistes takes place in all the towns across the huge Portes du Soleil ski area, sitting on the French-Swiss border. The mix of acts is eclectic and varied, with French and international acts. Last year some 25,000 skiers and snowboarders sere able to use their ski passes to enjoy each evening's entertainment at each of the area's 12 resorts. On the Tuesday and Wednesday the festival includes a massive, resort-wide treasure hunt, with Portes du Soleil ski passes to be won.

Where better to hold a self-proclaimed 'world' festival of skiing and snowboarding than the world's most famous resort, Whistler? There isn't just excellent music on offer, sport and arts, this high-altitude festival claims to the biggest gathering of arts, music, sport and culture in North America. 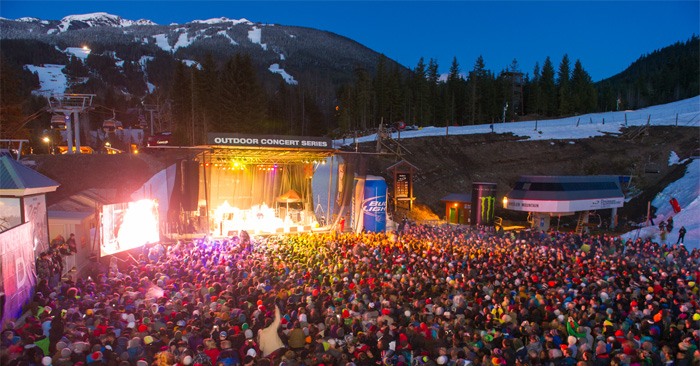 On the sport front there are big air jumping competitions and races such as boarder cross 'style' races with four riders heading down the track and pulling tricks at the same time. For the musos and ravers there are outdoor concerts every afternoon and even a world-famous silent disco and countless parties and club nights. Culture vultures will love the film making and photography competitions, with a stand up comedy showdown for laughs. And that's without mentioning North America's biggest ski resort, Whistler Blackcomb.

With swims (yes swims!) from the snowy shoreline, to parades, family ski and snowboard races, dog sled races, concerts and bar game Olympics, Lake Tahoe's SnowFest was originally conceived in the early 80s to tempt visitors back to the excellent late-season snow and sunshine. The tactic succeeded and now the the carnival boasts 10 days of fun on and off the snow (as well as in the lake) for all the family. Though we can't honestly recommend the lake this early in spring!