It's snowing in the Alps, as resorts enjoy early season powder bonanza

Early season opening in Alps looks secure for the first time in three years with many resorts opening early, snow falling now and more due

It's dumping snow in the Alps today, with snow still falling across European ski resorts after days of fresh dumps. After two years of disappointing early season snow the European snow industry is starting to let out a collective sigh of relief - while we and every other snow head in the UK are chomping at the bit to hit the slopes...

In France the Espace Killy resort of Tignes actually had to close on Friday because of the weather - but not before laying down a further 25cm of the white stuff. There is now 130cm of powder at the top of the resort and 55cm at the bottom, with 6 lifts and over 10 pistes open.

In the Three Valleys Courcheval opened last Friday for a special pre-opening day of lift-accessed skiing, with 30cm of snow at the resort base and 80cm on top. As of today there is 58cm at the base and 100cm on top, with another 15cm due by midweek.

It's dumping in Val d'Isère with 90cm already on the ground and another 20cm due, with the totemic closing of the Col d'Isèran road pass last week signalling that winter is finally here.

As well as Tignes, La Cluzaz has also seen several days of almost non-stop snowfalls. Les Arcs is also building up a good early season base.

France's Mont Blanc region is joining the powder party with Argentière and Chamonix expecting to have accumulated over 75cm by this week, just in time for resort openings scheduled for the 19th November.

Snow is also falling in Austria, although to a lesser extent this week. All the same, the usual snow-sure suspects have been quietly building up a decent base, with some snow expected my midweek.

High and mighty Kaunertal is open with 60cm at its base and 102cm on the glacier, while fellow high resort Solden is also open with a generous 130cm on its highest slopes. 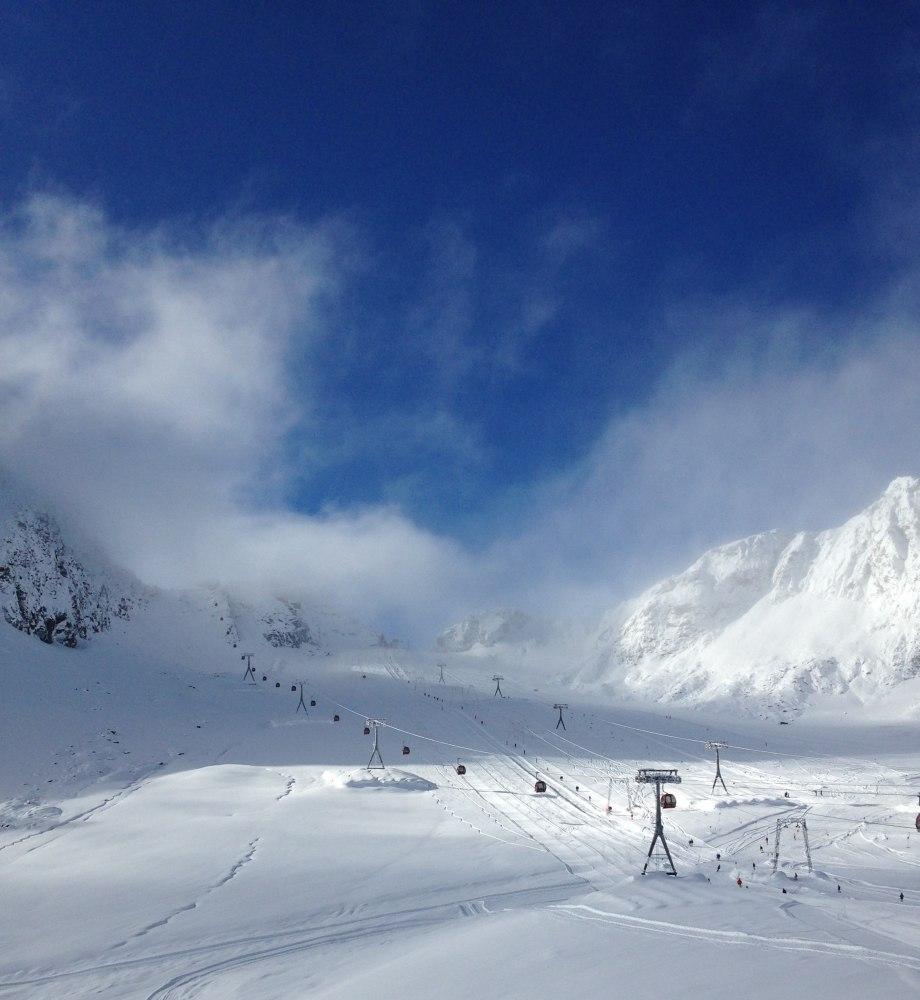 The Ski Welt resorts of Kitzbuhel and Kirchberg opened last weekend with a modest run or two each to offer early-season turn-baggers.

Elsewhere in Austria, blue skies are looking down on fresh snow that fell over the weekend, as Stubai sees 100cm on its highest slopes, and Kaprun 110cm.

Switzerland's biggest early season winner so far was Verbier, which put to good use early powder on its top slopes by opening last Friday. 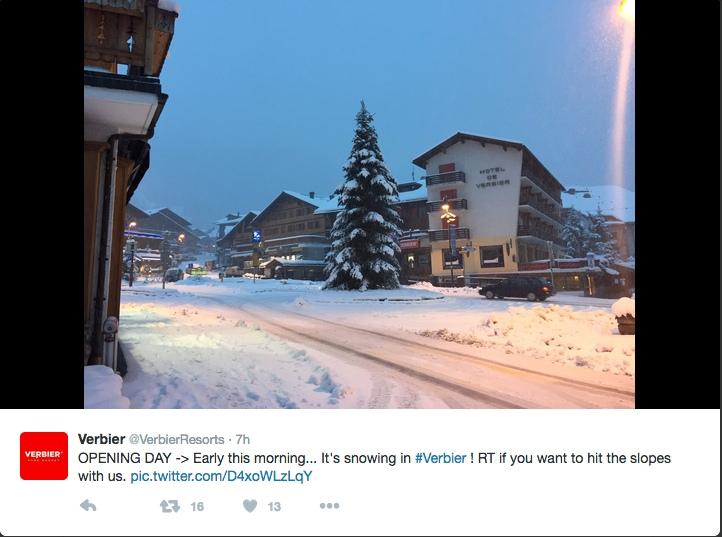 With the Matterhorn close by Zermatt and Saas Fee are both modestly open, enjoying 150cm and 135cm respectively on their top slopes.

More snow is expected over the next few days with a brief sunny spell predicted towards the end of the weekend, followed by yet more dumping into next week!

In Italy, the Matterhorn hugging resort of Cervinia is building on its base of 35cm in resort and 190cm on top.

Across in the Pyrenees, Andorra will still be closed until the last weekend of November - assuming the snow comes out to play by then.

Elsewhere around the world, Japan's Furano looks good to open early on November 19, and snow was falling at all of Yuzawa's resorts, with even a bit of sleet and slush down in the Mitzumata car park, with a week until opening.

In the US the only resorts showing as open are California's Mammoth Mountain with 15cm/91cm, Colorado's Arapahoe Basin with 46cm/46cm, Loveland also in Colorado with 46cm/46cm, and Killington Resort in Vermont with 25cm/41cm.

In Canada the only resort open this weekend is Sunshine Village in Banff, where another 15cm or so of snow is expected by midweek.

There has been practically no snow falling at any of the North American ski resorts in the last 72 hours. Watch this space for more!