The Best Ski Areas in Europe

The finest ski and snowboard areas in Europe, according to us.

A good ski area is so much more than just one ski resort – it’s your guarantee of miles and miles of great skiing on one lift pass, often with all-weather options of staying high when the snow’s scarce or slushy at lower altitudes or going low into the trees when the clouds close in and you can’t see your ski tips at the top of the mountain. With new lift links being built all the time, new runs groomed and acres of new terrain being opened up both on and off-piste – especially with the increasing popularity of ski touring – the best ski areas in Europe are constantly growing and evolving. So while we all love a good ski resort here at Snow Magazine, we love a good ski area even more, and we’ve chosen our ten best – offering some of the finest skiing and snowboarding on the continent. What are you waiting for? 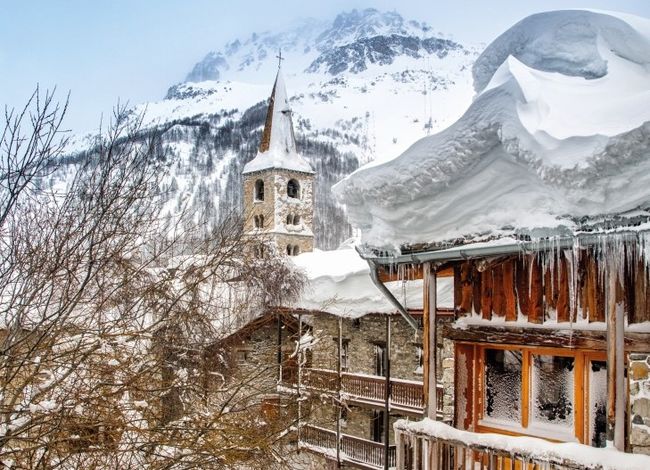 The artist formerly known as the Espace Killy is now simply Val d’Isère and Tignes, which may be less catchy but at least celebrates the union of these two hugely popular ski resorts, creating a respectable ski area of 300km of runs. The two towns are very different – Val d’Isère has a buzzy après vibe as well as offering glacier skiing and more challenging runs, including a fear-inspiring Olympic downhill run, La Face, to test your mettle on. In Tignes you can try your hand at any other winter sport you can dream up – ice climbing and ice diving are both on offer. Tignes also boasts glacier skiing at up to 3,456 metres and two impressive snow parks as well as ungroomed black pistes, which are a great challenge if you’re getting into off-piste skiing. Skied so hard you’ve missed the last lift? There’s a shuttle bus between the towns. 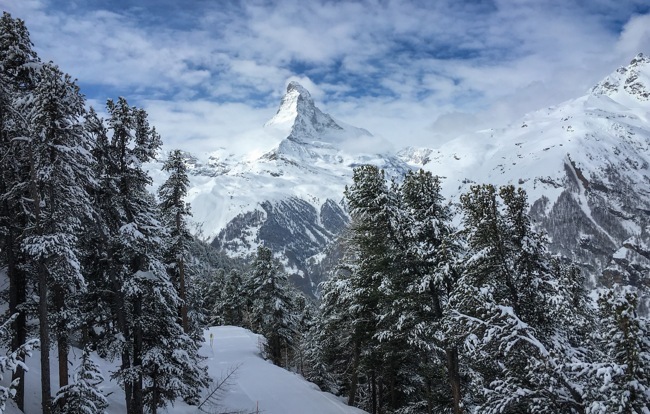 The majestic 4,478 metre-high Matterhorn is the crowning glory of Zermatt in Switzerland and Cervinia in Italy, so it’s no wonder that their connected ski area is known as Matterhorn Ski Paradise, the highest winter sports area in the Alps. The two resorts couldn’t really be more different – Zermatt, so fancy that there are horse-drawn carriages in the streets, offers top-end hotels and gourmet restaurants, while Cervinia is laid-back, very Italian and the far more affordable option when deciding which resort to stay in. Whichever side of the border you pick, spending a week chopping and changing between the glitzy Swiss slopes and Italy’s relaxed, foodie scene is a delight. Both resorts offer a snow-sure mountain playground as well as year-round glacier skiing. 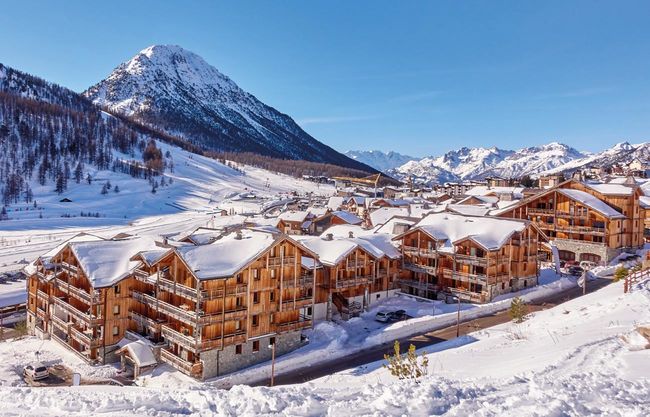 Welcome to the marvellous Milky Way. Ski two countries and 400km of slopes in the lift-linked Via Lattea, which straddles the French-Italian border. Each of the resorts here has its own character, so you’re likely to find somewhere to stay that suits you perfectly. Travelling with kids? Family-friendly Claviere is ideal. Modern Sestriere is the most snow-sure resort out of peak season. Or for a traditional village vibe, stay in pretty Montgenèvre or Cesana. Find peace and quiet in car-free Sansicarlo, or if you’re all about the after party, head to lively Sauze d’Oulx, sometimes called the ‘Benidorm of the Alps’. The Milky Way has plenty of beginner-friendly slopes, no less than 14 ski schools to choose from and is a sunny paradise for intermediate skiers, with miles of wide red runs. 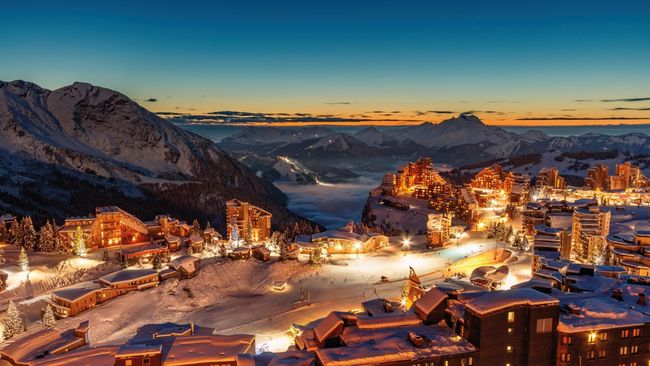 Meet the second-largest ski area in the world – border-crossing Portes du Soleil. Named after the mountain pass that connects the resorts of Morgins and Les Crosets, the ‘gateway to the sun’ spans a stonking 12 snowsure resorts in France and Switzerland, and is the ultimate destination for a ski safari that hops in and out of both countries. There are a massive 650km of runs across 300 pistes in total to explore on just one ski pass, but not all of the resorts are linked by lifts. Most adventurous skiers take on the untinerrupted Portes du Soleil circuit, a ski route that you can blast through without having to take off your skis or snowboard. The route starts from Morzine to Chatel, then on to Switzerland before returning back over the French side to Avoriaz, and takes a full day to complete. It’s not just about eating up miles here, either – fans of freestyle will be spoiled for choice, with 30 snowparks to hop between, and gluttons for punishment can take on the ominous ‘Swiss Wall’, a challenging mogul field. 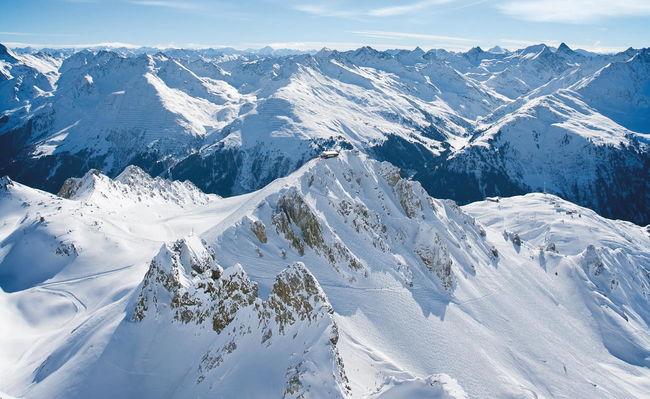 We’ve got a real soft spot for Austria’s charms, and the Arlberg ski area has it all – varied pistes, backcountry adventures and proper knees-up Austrian après in beautiful, traditional mountain towns. The Flexenbahn, the lift that links what is now Austria’s largest ski area, is a recent addition, and was only completed in 2017, joining Stuben with Zurs and connecting up a ski area that includes St Christoph, Zurs, Lech, Warth-Schrocken and the buzzy heart of the Arlberg, St Anton. Nine metres of snowfall each winter make for reliable snow across 305 interconnected kilometres, and the Arlberg ski area also boasts 200 kilometres of deep snow runs. Explore it all on the Run of Fame, a spectacular 85km-long circuit from St Anton to Warth and back again, which takes a full day to complete. 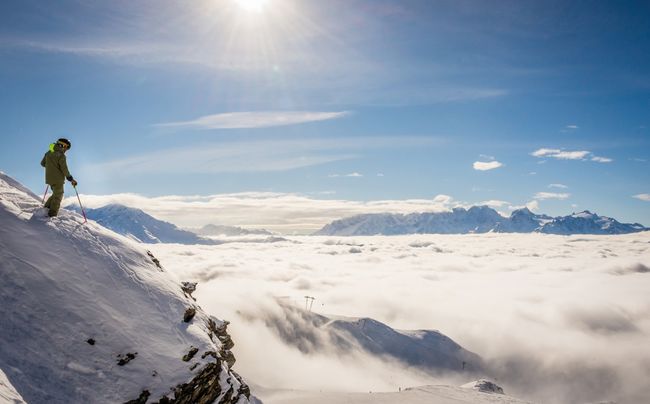 It’s all about the good (and often, the rather expensive) life in the Four Valleys, Switzerland’s biggest linked ski area, which joins up Verbier, Nendaz, Thyon, Veysonnaz, Bruson and La Tzoumaz with over 400km of pistes in total. Plush celeb favourite Verbier, with its fine dining and party scene, is at the heart of the ski area, while the likes of Nendaz offer incredible freeride terrain at more budget-friendly prices. Out on the snow, there’s plenty to keep good skiers happy, including challenging black runs and adventurous off-piste. The valleys also offer a great selection of non-skiing activities, from husky sledding to sledging. A rite of passage is catching the early morning cable car to the top of Mont Fort at 3,330 metres in time for sunrise, with views across to the Matterhorn and Mont Blanc. 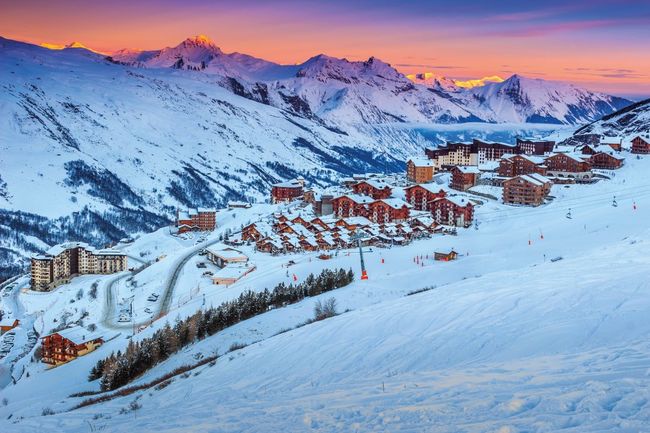 The largest ski area in the world is huge, iconic and a must-ski. The Three Valleys ski area manages to link no less than eight resorts in an area as big as Paris – Courchevel, Val Thorens, Méribel, Les Menuires, Saint Martin de Belleville, La Tania, Orelle and Brides les Bains. There’s been an interlinked ski area here since 1971, and it’s the biggest area on the planet that is linked by just lifts and slopes – so there’s no need to take your skis off in order to ski 600km of pistes, most of which sit above a snowsure 1,800 metres. Each resort has its own character, from posh Courchevel to lively Méribel and laid-back Les Menuires, so there’s a vibe (and a price point) to suit all sorts of snow lovers. Les Trois Vallées is also ideal for a foodie ski safari, with 16 Michelin stars dotted across the area’s restaurants. 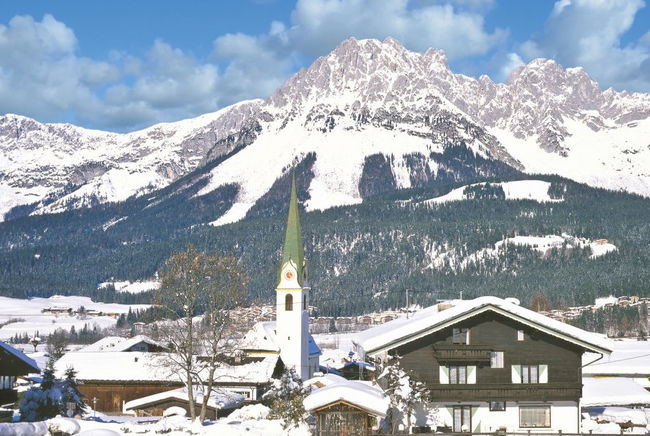 Just a tad smaller than Arlberg, the SkiWelt Wilder Kaiser Brixental, or Wilder Kaiser for short, covers 284km of slopes and connects the ski resorts of Ellmau, Going, Scheffau, Söll, Brixen im Tale, Westendorf, Hopfgarten, Kelchsau and Itter. One of the more affordable, laid-back and friendly big ski areas in Europe, Wilder Kaiser is well-suited to families and keen skiers alike. Going and Ellmau are beginner-friendly and perfect for children starting out in ski school, while Westendorf is great for confident intermediates and has links to Kitzbühel, and Söll is home to a large night skiing area. The ski area’s runs are mostly intermediate, and include peaceful, winding tree-lined runs. This is Austria, so naturally, plentiful cosy restaurants and pit stops line the pistes. 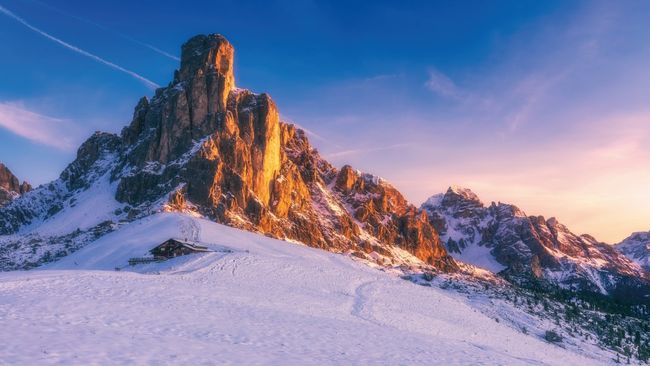 The famed Sella Ronda is a much-loved 26km-long ski route, but what’s far less well-known is that the circuit through the Dolomites also connects up a skiable area a whopping 500km in size, perfect for intermediate skiers. And because Sella Ronda’s wider charms are still a bit of a secret, the pistes are often crowd-free. The six-hour circuit, which can be skied clockwise or anticlockwise over four mountain passes around the Sella massif, links up resorts and villages in Val Gardena, Alta Badia, Arabba and Val di Fassa, and the whole thing sits within the Dolomiti Superski, a 1,200km ski area of 12 resorts that isn’t all connected, but which is all available to ski on a single lift pass. Corvara and Canazei make great bases for beginners as well as jumping-off points for more experienced skiers keen to explore further from the circuit. 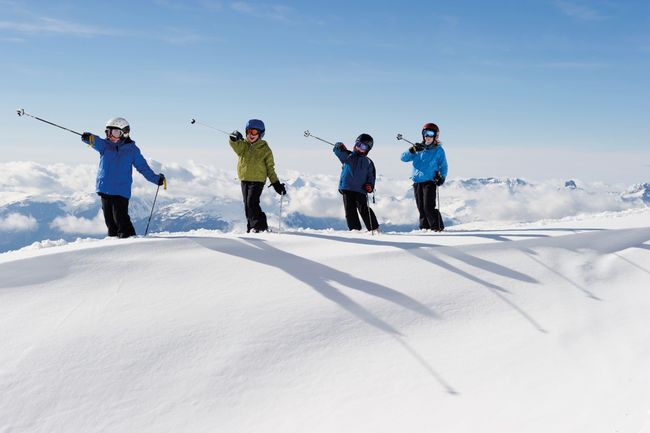 The double jewels in the crown of the Tarentaise Valley are La Plagne and Les Arcs, and the two were joined together, along with little resort of Peisey Vallandry, by the double-decker Vanoise Express cable car in 2003. The link created a massive area of skiable terrain over 425 kilometres, all connected by 160 lifts – and Paradiski was born. There’s something for every level of skier or boarder amongst the area’s 264 runs, with a good mix of beginner pistes, reds and blacks. Expert skiers can take on the challenging Tarentaise Tour, a 70km off-piste route from Tignes that winds past La Plagne and Les Arcs, ending up at Villaroger – a local guide is recommended. The ski area’s clever app, Yuge, is also useful for checking weather and avalanche conditions if you’re roaming far and wide. And you can really push the boundaries of where you explore with the Paradiski lift pass which also allows you to ski one day in the Trois Vallées.

Exciting times. A lift link has been announced that will connect two of the biggest ski areas in the French Alps – Alpe d’Huez and Les Deux Alpes. Coming in time for the 2022-2023 winter season, the new lift will make it easy to hop between the villages of Auris and Mont de Lans and connect up Alpe d’Heuz with Les Deux Alpes, which has also pledged to spend more than £440 million on infrastructure over the next five years. The massive linked area will include 450km of ski runs and a double whammy of glacier skiing across both locations.